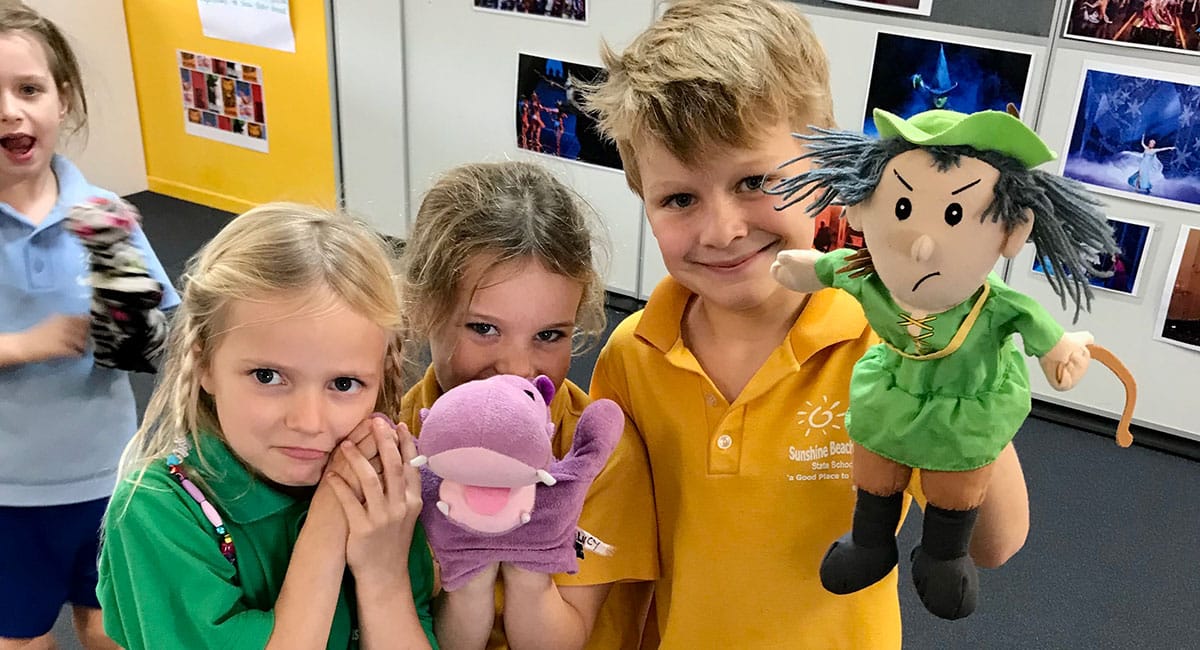 Using puppetry to spark creativity in every child

Getting all kids engaged in the arts is one of the bigger challenges that primary teachers face. Of course, there are always the kids that dance, sing and perform as an extra-curricular activity, and they will inevitably be front and centre for every performance opportunity. But what about the kids who are shy, lack confidence, or simply dislike performing? How do you get those kids enthusiastic about creative arts, and why is it so important to do so?

Sir Ken Robinson, international education expert and creator of ‘Do Schools Kill Creativity‘ TED Talk, famously said: “Creativity is as important in education as literacy and we should treat it with the same status”.

As the 21st century progresses at an unstoppable pace, his words are proving to be true.

The Arts is now recognised as a critical component of 21st century learning. Taking its rightful place in the STEAM acronym that is the framework behind most future-focused learning (Science, Technology, Engineering, Arts, Maths), it is a primary subject as important as the traditional core subjects.

Alongside this, the Partnership for 21st Century Skills undertook a study looking at the skills students need to be successful citizens beyond school. They identified a set of four essential skills titled the Four Cs: critical thinking, creativity, collaboration and communication. Since then, schools across Australia have shifted their pedagogy to focus on this skillset. 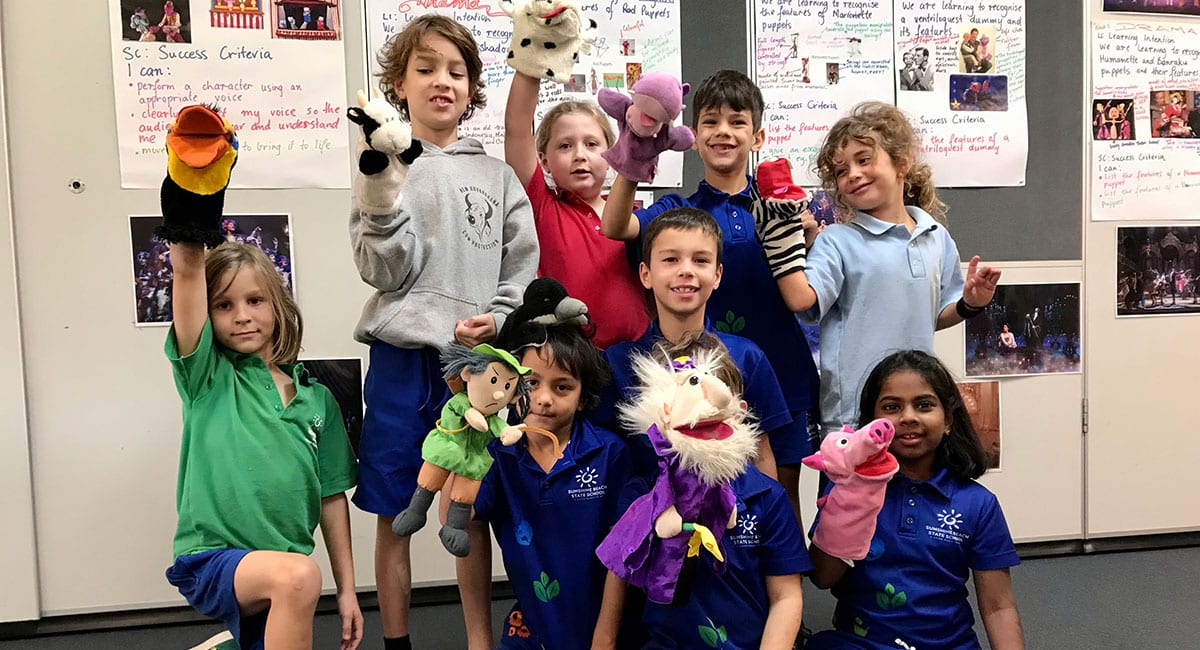 Knowing the importance of students being engaged in the arts, innovative Creative Arts teacher Cam Nichols from Sunshine Beach State School developed an ‘out-of-the-box’ dramatic arts experience to bring creativity to life for every child in his class.

“The most important part of any creative arts experience for kids is that it needs to be relatable,” Mr Nichols says. “You can get all students playing the recorder with the right song, or dancing with the right inspiration!”

Using puppetry, Mr Nichols created a unique drama experience for the Year 1 and 2 students, with the hope of connecting with every child in the room.

“I wanted it to be a performance; for them to bring the puppets to life,” he says.

“I found the kids were far more open to being dramatic, because it wasn’t them—it was a puppet. It broke a lot of shyness and it was wonderful to see the reluctant kids coming out of their shells and enjoying the creative process.”

The puppetry program opened opportunities for playing with ventriloquism, creating various voices to match the characters, voice projection. Also understanding expressions, portraying a story in a different way, even learning to enter and exit the stage properly.

“They were able to experience the entire performance process, but through a far more relatable and entertaining medium. By the end of it they were all enjoying it and wanted to do it again and again!” Mr Nichols says.

The puppetry program also introduced the experience of taking and giving constructive criticism, and being a good audience member.

“It’s just as important to know how to sit quietly and appreciate the performance, as well as constructively see how performances could be improved.”

Learning intensions were still ticked off and curriculum outcomes surpassed, proving that explicit teaching is still very relevant in the creative arts.

“They knew what their end goal was, what they need to do to get there, and what can be done to make it better.” 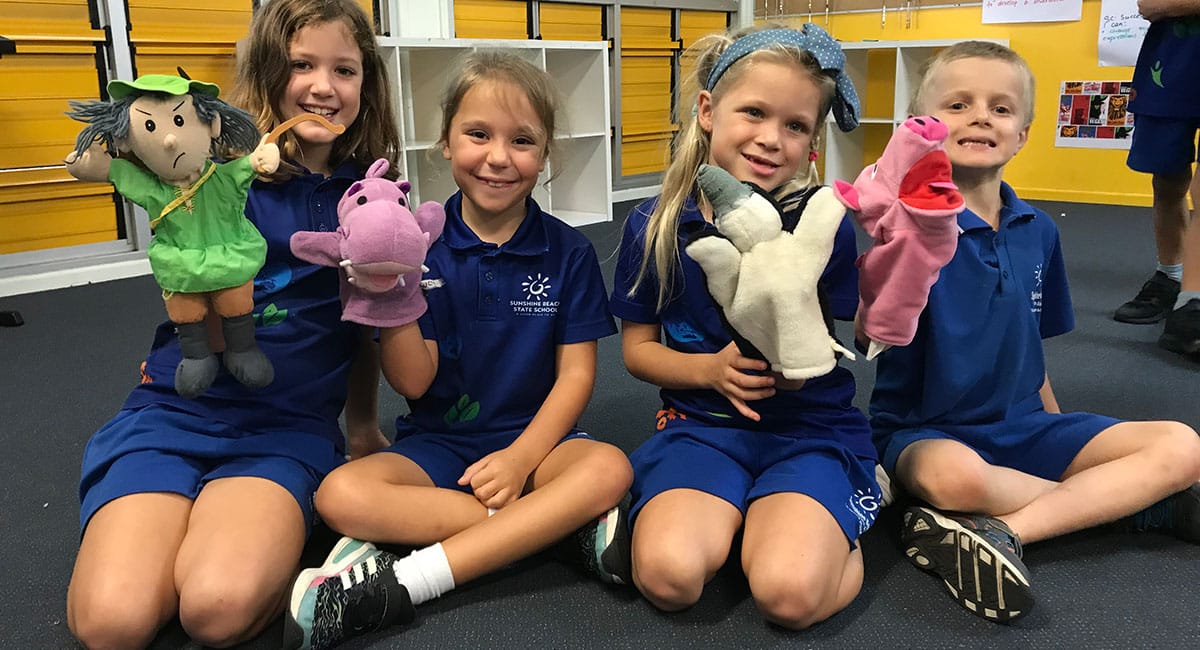 What about the upper primary kids?

As is the case for many students in the upper primary, a lot of Year 3 to 6 students, particularly the boys, don’t want to do Drama at the start. Rather than puppetry, Mr Nichols wrote two scripts he knew the students would relate to. One was based on Star Wars and one was on Harry Potter.

“The boys couldn’t wait to get involved! I didn’t have a single student that didn’t want to get up and perform. Even the reluctant ones were coming in to practice at lunchtime.

“I also had two kids wanting to write their own script, which became a wonderful entertaining performance. Now they are all asking to do drama again next term!

“One boy in Year 5 even came to me afterwards, saying he wanted to become and actor and asking how he could do that. I was so thrilled to walk him though the options—what to choose in high school, degree options, NIDA and the many avenues open to him,” Mr Nichols says. 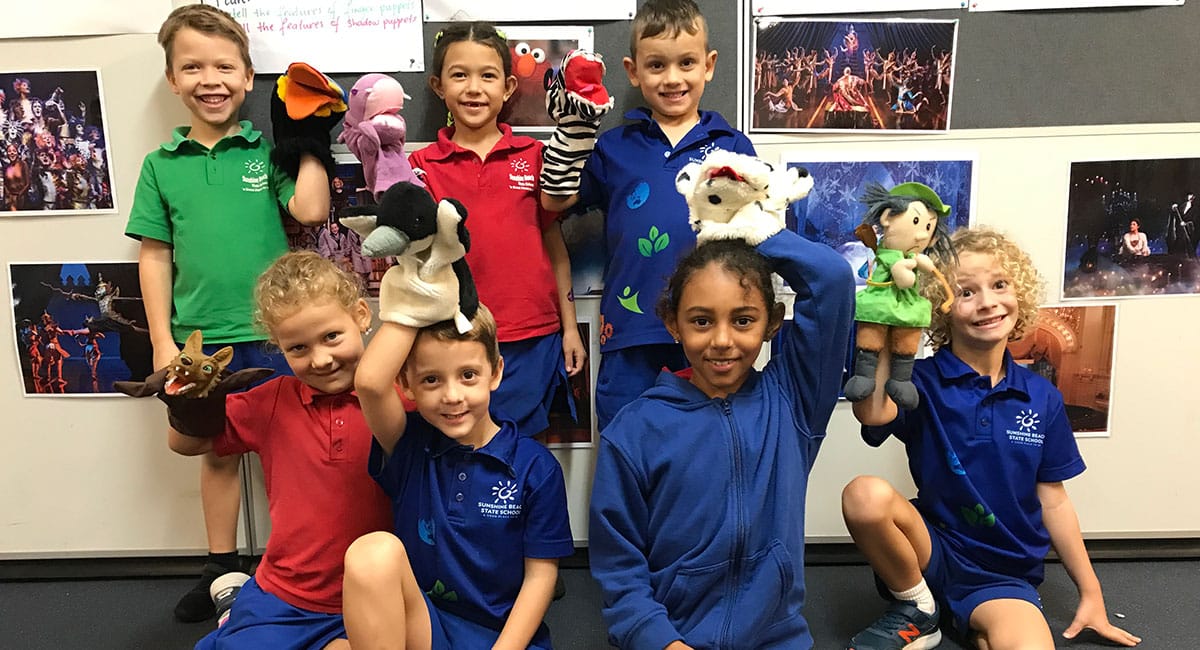 Do these tricks work for other elements of the arts?

Creative arts teachers also struggle to get students enthusiastic about playing the recorder. After all, repeating ‘Hot Cross Buns’ over and over again isn’t very inspiring!

“I turned to Star Wars again! I found a video of a professional recorder player who played all the parts to theme from The Mandalorian, which we all watched together. The kids were blown away. Then all I did was to pick a couple of modern songs and rearranged them into three recorder parts.”

Playing ‘Old Town Road’ on the recorder was enough to spark a love for the recorder in Year 3 and 4 students.

“It was wonderful to see how much more the students engaged with an instrument, simply by changing the song and making it super fun!”

“It helps that I love performing, I love being creative and I love to have fun!” Mr Nichols says. “I want to join in and do what they are doing–I know my enthusiasm can be very contagious!”

This enthusiasm for the arts can doesn’t have to stop in the classroom!

“If parents show they have an appreciation for the arts, it will naturally pass onto the kids,” he says. “Have the kids put on a puppet show at home. They can write the script, create the set, do a performance. Take the kids to a show. They’ll watch a live performance, experience the energy and appreciate the arts up close.”

For more information about their puppetry and creative arts program, visit sunshinebeachss.eq.edu.au.