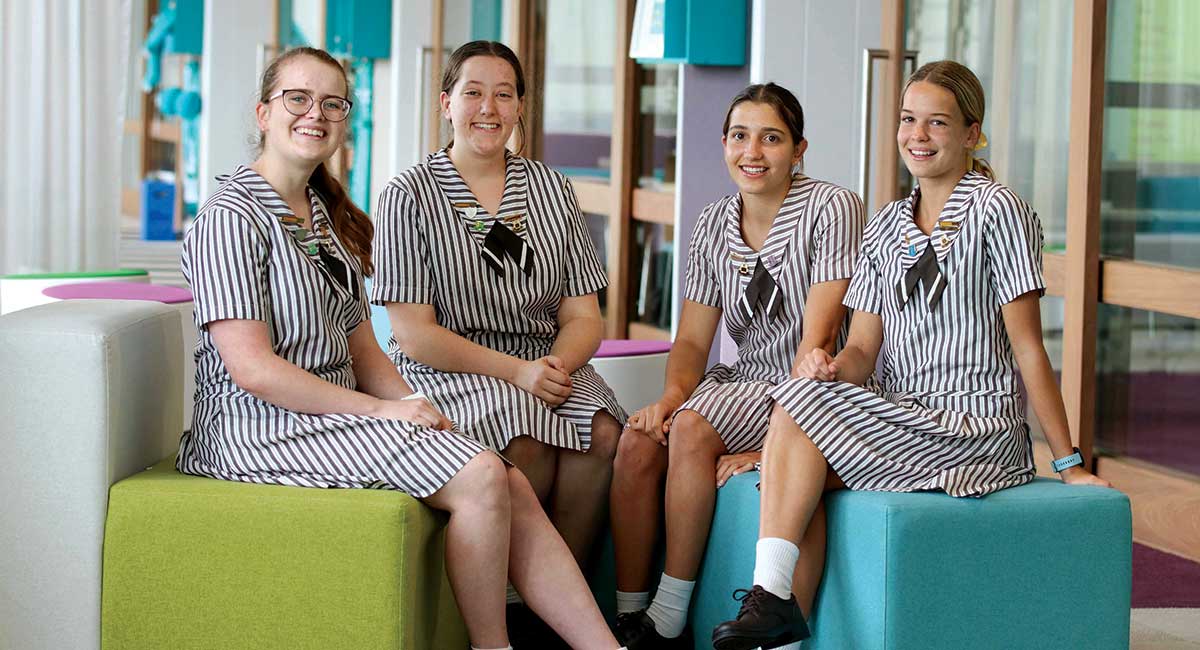 Daniella and Annabelle (studying German) and Elka and Jaime (studying French) excelled at an accelerated curriculum program which saw them complete their Senior Language subject in Year 11.

St Rita’s College Head of Languages, Mrs Carmen Anders, said she was extremely proud of the students’ achievements, which would also benefit their ATAR result.

“They studied diligently and always had a positive attitude; it shows what students can achieve when they love learning a language,” Mrs Anders said.

“The environment in German classes is so fun and encouraging; I can’t wait to use the skills I am learning in the classroom in the future, either through travelling or working in Germany,” Daniella said.

“Learning German has given me a lot of confidence; it was challenging to complete the Senior curriculum by Year 11, however with Frau Anders’ support I always knew we were
well prepared,” she said.

“For me, learning French has opened up the world; you’re not only learning a language, you are discovering a whole new culture,” Elka said.