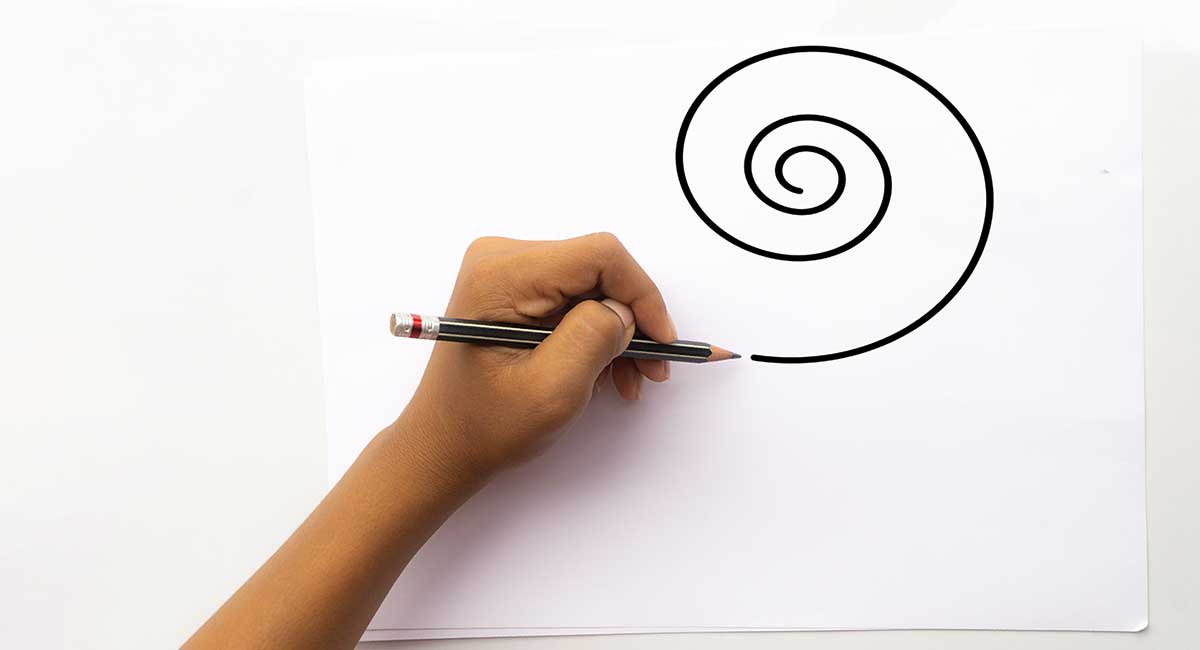 Pros and cons: Raising a left-handed child in a right-handed world

As a child, Lena had her left hand tied behind her back, forcing her to use her right hand. If she attempted to use her naturally dominant left hand, her teachers slapped her.

Lena is nearing 80, yet not surprisingly, those childhood memories loom large for her. Although (thankfully!) we’ve moved on from this cruel approach, a left-handed child may still struggle with everyday frustrations. Tasks, tools, and teaching methods are often geared to the right-handed majority, which is why left-handers may sometimes appear awkward or clumsy.

What does it mean to be a ‘lefty’? Essentially, it means having a preference for using your left hand for tasks. Such as writing, throwing, catching, and using tools. In some cases, it includes a preference for using the left foot for kicking, to start walking and running. Maybe even to stand on first while dressing. In some people these preferences are stronger or weaker than others; for instance, some left-­handers are right-footed. A lefty may also have a dominant left eye, particularly noticeable when using cameras and telescopes.

Knives, scissors, sharpeners, can openers, jugs, musical instruments, even spiral-bound books – all these things and more can present significant challenges for a left-handed child. (Not just because of how you hold them, but because of the direction of sharpened edges, for example.) Even left-handed adults may not realise the difficulties faced by left-handed kids. Especially if the adults themselves are only partially left-dominant.

Although ideas about brain function and right or left dominance are still developing, some say that left-handers are more likely to be ‘right-brained’ creative and visual thinkers, with famous artists such as Michelangelo and Leonardo da Vinci, renowned for left-handed mirror writing, being prime examples.

Is this creativity what makes them left-handed in the first place? Or does being left-handed force them to adapt and come up with new ways of doing things? The jury is still out, but famous lefties include musicians like Beethoven and Jimi Hendrix, writers like Lewis Carroll and Mark Twain, politicians Julius Caesar and Bill Clinton; and a stack of Hollywood actors including Charlie Chaplin, Robert De Niro, Nicole Kidman and Whoopi Goldberg.

Whether it’s because of brain function or simply the ability to swing from an unexpected side, highly successful left-handed sports people include tennis greats Rod Laver, Jimmy Connors, Monica Seles and Martina Navratilova, and cricket stars Allan Border and the late Rodney Marsh.

But why were left-handers discriminated against in the past? And even today, are right-handed parents really aware of the challenges faced by left-handed kids?

In ancient times the left hand was considered sacred by the Celts. The Central American Incas also held left-handers in high regard.

However, some cultures also had negative beliefs about left-handedness. In some Asian and Middle Eastern cultures, the left hand is considered ‘unclean’ and used for toileting. By Christian tradition, God is said to have separated people using His right or left hand. Those on his right considered blessed and deserving of Heaven, those on His left cursed and sent to the devil. In most early paintings the devil is shown as left-handed.

These medieval beliefs about the left hand carried through until as late as the 1960s and ’70s, when some left-handed children were still beaten or had their left hands tied behind their backs. (Hence Lena’s strong memories, which are, sadly, shared by many older left-handers.)

Then there’s the right-handed handshake, invented by Roman soldiers. Since most of them normally held their weapons in their right hand, extending the empty right hand was considered a sign of peace.

Many European languages inherited a negative root for their word for left. The Latin word sinister means ‘left’ and dexterous came from the Latin word dexter, meaning ‘right’… Er, that is, the right side, because in English, the word right also means ‘good’ and ‘correct’. The French use gauche for left, which in English can mean awkward, and left evolved from the old English word lyft, which meant weak. No wonder lefties feel a bit discriminated against!

Your chances of having a left-handed child: 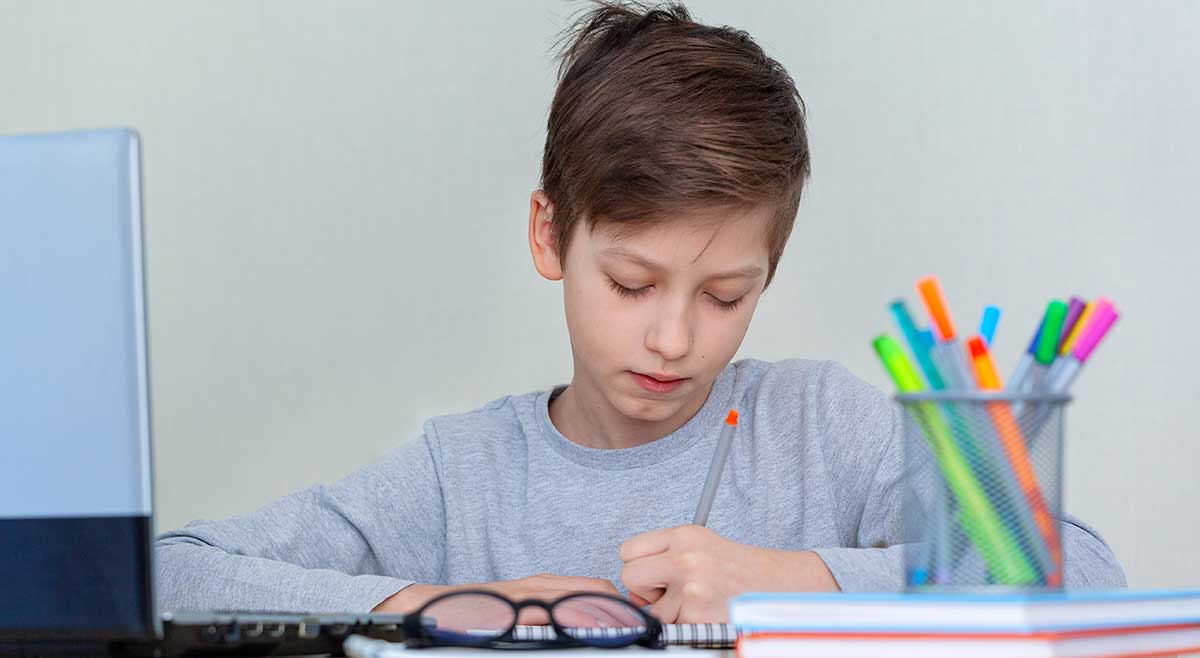 Why are left-handers in the minority? One theory is that left-handed warriors had an advantage in hand-to-hand combat, since they could land blows from an unexpected direction. Such an advantage would be lost, however, if left-handedness were common.

Many children don’t show a definite pattern of handedness before about age three, but will gradually discover the hand they have most success with. As your toddler starts exploring their world, picking up and moving things around, you may see them swapping hands. When giving an item to your toddler, rather than favouring one hand over the other, place it directly in front of them and let them choose.

By preschool, most children prefer one hand to write and draw, but they may still experiment with the other hand to see which one achieves a better result or is more comfortable.

Rhiannon Hart, a writer, says she always enjoyed being left-handed as a kid and on the whole has found it a positive experience.

“I like being that little bit different,” she says. “And the teasing, being called ‘cacky handed’ for instance, was always good natured.”

Jill Browne has similar views. At school she was encouraged to use her right hand but thinks that was more pragmatism than superstition. At that time many school-leavers needed to be able to use right-handed machinery.

Eumundi Prep Centre teacher Margaret Carty says last year she had an unusually high number of left-handers. Six in a class of 21.

“We note handedness at the beginning of the year but it’s not an issue at all,” Ms Carty says. “We try to consolidate a child’s preferred hand in Prep year [in readiness for Year 1].”

For parents, it may be worth doing some research and discovering the best ways to teach writing to lefties, who are actually ‘dragging’ and ‘pushing’ their pencils in the opposite directions to right-handers when forming letters. Since few teachers are taught any of this information, you may have to bring it to their attention.

Many left-handers struggle to find a way of writing that prevents smudging and allows them to see what they write. This often results in ‘hooking’ where the left hand is curled around the writing. Whereas right-handers tend to slant the paper left to right, many lefties prefer their paper slanted right to left, or even sideways. Pencil grips, left-handed pencil sharpeners (which rotate in the opposite direction) and left-handed rulers (which allow the left-handed user to see the measurements as they rule) may also be useful, depending on the degree of left-handedness.

Tools for a left-handed child

“Lots of things in life are geared for a right-handed person,” says Jill Browne. “I knew I was different, or odd, but I adapted to use things like scissors and tin openers.”

In fact, Jill adapted so well that when her mum eventually found her left-handed scissors, she couldn’t use them properly, and she doesn’t buy left-handed products.

(It’s worth noting some scissors labelled ‘left-handed’ are just gimmicks and are still awkward for a lefty to use. True left-handed scissors will always have the top blade on the left.)

Artist Ngaire Stirling says that while smudging paint is a problem for her, she has trained herself to use a right-handed computer mouse. She allows, however that she’s not as strongly left-handed as some other lefties.

Rhiannon Hart doesn’t buy left-handed products either, other than some ‘hand neutral’ dressmaking scissors. However she says she still finds getting ink on the side of her hand when she writes “a constant frustration”. “The main design on mugs is always facing away from me when I drink from them!”

Lefty Vanessa Portors says she and her left-handed child share the same frustration with writing.

“I think the days are gone that you can’t write with your left hand,” she says. “But my son finds it frustrating sometimes, particularly when he wants to write something special in ink and smudges.”

“I find learning quilting and sewing is hard to learn from a right-hander. And my grandmother can’t teach me to knit. I just can’t get my head around it!”

How parents can support a left-handed child

If you’re right-handed, you may be able to teach a left-hander a detailed skill, such as tying shoelaces or sewing, by sitting opposite the left-hander and having them mirror you with their opposite hand.

New challenges may come along as your kids grow and take on new skills. Perhaps helping in the kitchen at home, or in design and technical drawing classes. Be aware that things like power tools and jugs of boiling water can be more dangerous if a left-hander has to, in effect, use them ‘backwards’.

For a parent it becomes a balance between helping and equipping your left-handed child without making them feel like they’re up against an impossible challenge.

If  your little lefty is having a frustrating left-handed day in a right-handed world, remind them what James T de Kay and Sandy Huffaker say in The World’s Greatest Left-Handers: Why Left-Handers are Just Plain Better than Everybody Else: “Left-handers are wired into the artistic half of the brain, which makes them imaginative, creative, surprising, ambiguous, exasperating, stubborn, emotional, witty, obsessive, infuriating, delightful, original, but never, never, dull.”

Is your child left-handed? What challenges do they face with their left-handedness?

Lefty’s is an Australian company that sells left-handed products. Its website also has excellent free information and resources for left-handed life.