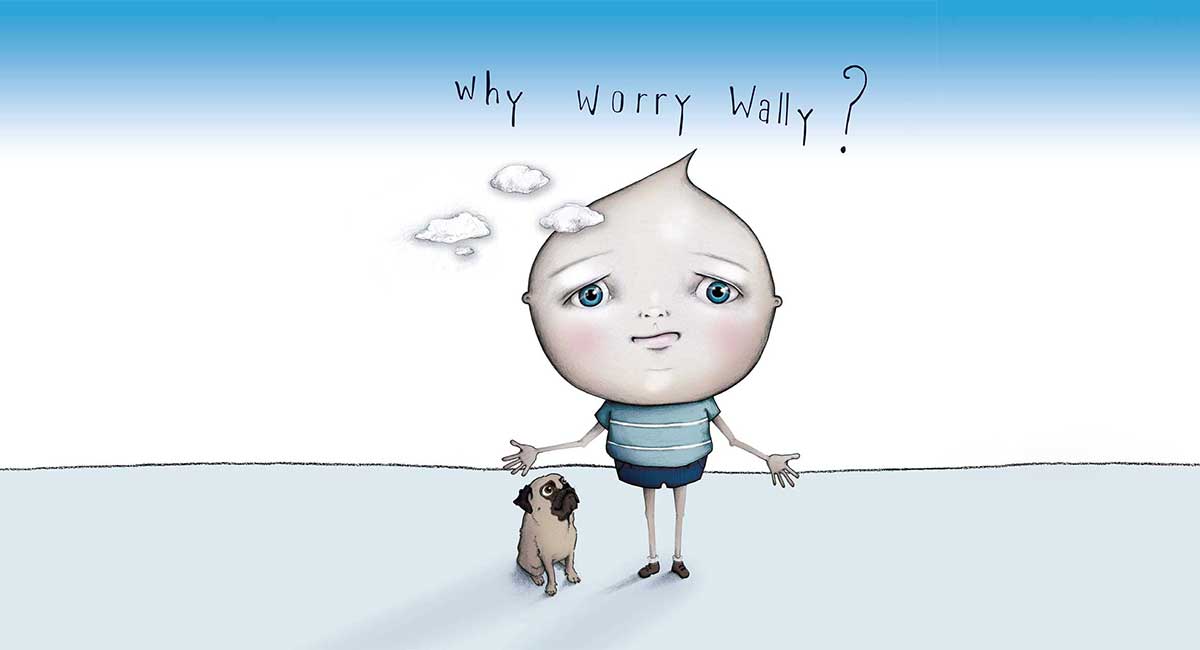 According to Beyond Blue, one in seven young people experience a mental health condition each year. In 2015, it was reported one in fourteen young Australians (6.9%) aged 4 to 17 experienced childhood anxiety. That’s equivalent to approximately 278,000 young people.

So when Richard himself experienced severe anxiety, leading to him leaving his own business for a period of time, he decided to do something positive and write a picture book for kids dealing with worries.

Titled Why Worry Wally?, Richard is self publishing the book and has started a Kickstarter Campaign to raise funds for printing and marketing the book online and into bookstores. He is also collaborating with long-time friend and world-renowned artist Jackie Case to bring Why Worry Wally? to life.

“I’ve been a copywriter for over 25 years but have always written commercially for clients, never for myself. I had always wanted to write a picture book since reading to my two daughters. But never had the energy or space to do it. Ironically, it took me to take time off due to the anxiety to finally get down to writing my first picture book, titled Why Worry Wally?,” Richard said.

Richard is extremely passionate about kids health and childhood anxiety. Therefore he has partnered up with Kids Helpline so he can support this not-for profit organisation through donating a percentage of any profits made from the eventual sale of the books.

“My first goal is to achieve my funding target through the Kickstarter Campaign. Then to get it into as many kids’ hands as possible to raise money for Kids Helpline. And finally to create a school’s program where it can be used as an important conversation starter for kids, teachers and parents to talk about and normalise worries and anxiety,” Richard said.

If you want to help Richard achieve his goal of rasing $18,000 through his Kickstarter Campaign here. Richard is offering many ways to donate. Including purchasing a signed copy of the book, artwork by Jackie Case, and a kids drawing workshop.

How can Parentline help you?

Simple ways to bring back the belly laughs with the kids