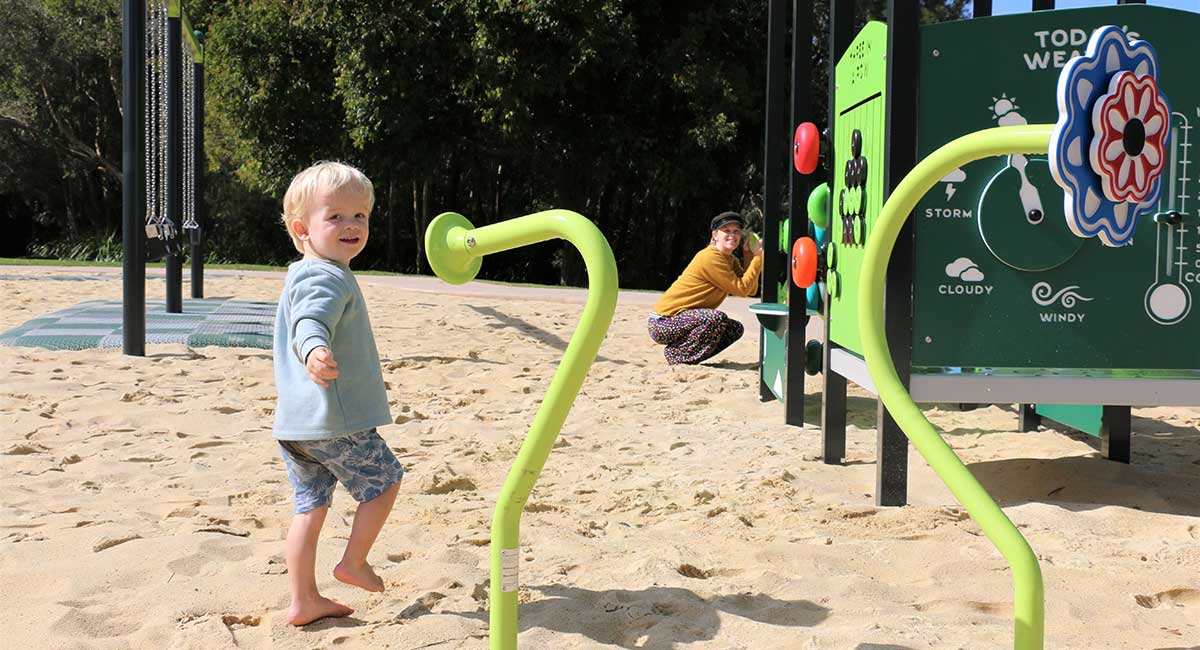 Sunshine Coast Council, in partnership with the Queensland Government, has delivered Stage One of the Albany Lakes Park Landscape Concept Plan.

“I’m pleased to see the community enjoying the new playground which provides an exciting new location where children can play,” Mayor Jamieson said.

“Recreation parks are an integral part of our Sunshine Coast communities.

“They connect us to nature and provide opportunities to connect our communities with the outdoors and to enjoy spaces that encourage a more active, healthy lifestyle.”

The park caters for prep to late primary school-aged children with a range of play equipment to encourage fun, adventure and sensory experiences.

The playground’s design links to open space and lakeside areas, with new pathways and has spaces for the community to sit, relax or enjoy a picnic.

Division 6 Councillor Christian Dickson said this was another great park improvement adding to our green spaces across our region.

“I’m excited to be able to deliver another valuable playground for our community,” Cr Dickson said.

“The new Albany Lakes Park playground has allowed for a much larger play space and improved accessibility.

“This project has been a long time coming which is why I’m really pleased to see it come to fruition.

“By 2018 we had endorsed the master plan and implemented the community’s values and visions into delivering Stage 1 – and I’m looking forward to announcing the start of Stage 2 works in the near future.”

The Queensland Government has committed a further $600,000 under the South East Queensland Community Stimulus Package for Stage 2 upgrades.

The significant funding injection will support construction of large shade sails which is expected to be delivered later this year. The remainder of Stage 2 works, which include a larger multi-play tower, fencing, additional picnic settings, barbecue, shade trees and drinking fountain, will be constructed in the later part of the 2021/22 financial year.

Council will also upgrade the carpark at Albany Street to provide a turning area and accessible car parking, plus connecting pathways to the proposed playground.

For a full list of local parks and playgrounds visit Council’s Beaches and Parks Directory.