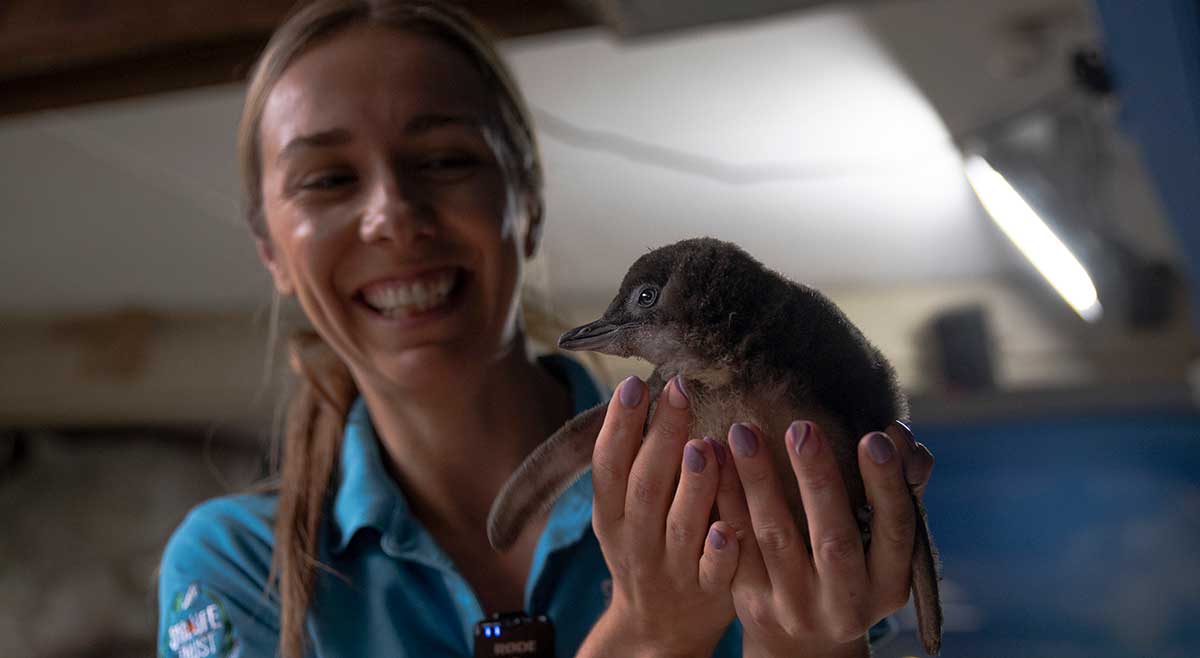 Cuteness alert! Sea Life Sunshine Coast Aquarium is thrilled to announce the arrival of two little blue penguin chicks. This is a very exciting milestone as it is the first time this species has hatched on the Sunshine Coast!

The first chick emerged from its egg on Saturday, June 11 with the second chick hatching on Friday, July 1.

Little blue penguins are the only species of penguin to breed on mainland Australia. They usually lay one to two eggs in a shallow burrow, which is guarded by the parent birds. To better the chances of these eggs hatching, keepers decided to artificially incubate the eggs before returning them to the burrow before hatching.

Biggie and Ziti are the proud parents of the first chick. Dennis and Ash are parents of the second chick. Both pairs are sharing the demanding duties of raising their chicks. In the wild, adult birds tend to alternate between one day of guarding the nest with the next spent foraging at sea to provide food. At about two weeks of age, both adults must begin to forage to keep up with their chick’s ferocious appetite.

“The chicks are both progressing really well and gaining weight daily, our team is so excited to watch their progress over the coming weeks as they begin to venture out of their nest boxes to meet the rest of the colony and have their first swim!” Sea Life Penguin Manager, Carla Haskell, says. 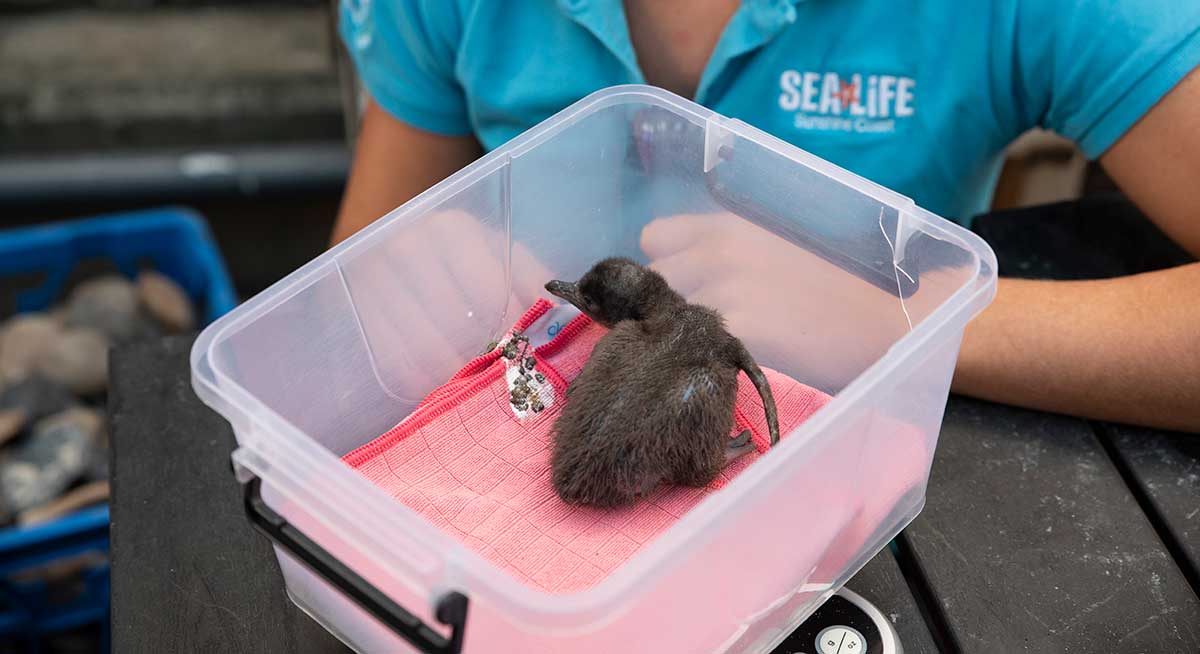 Sea Life Sunshine Coast is now searching for two fitting names for the latest arrivals! The public can vote for their favourite names from the keepers’ shortlist.

Voting is open for a limited time. To cast your vote, head to the Sea Life website.

Sea Life will continue to monitor the chicks. To come and see the Little Blue Penguin chicks in action, buy a ticket online.