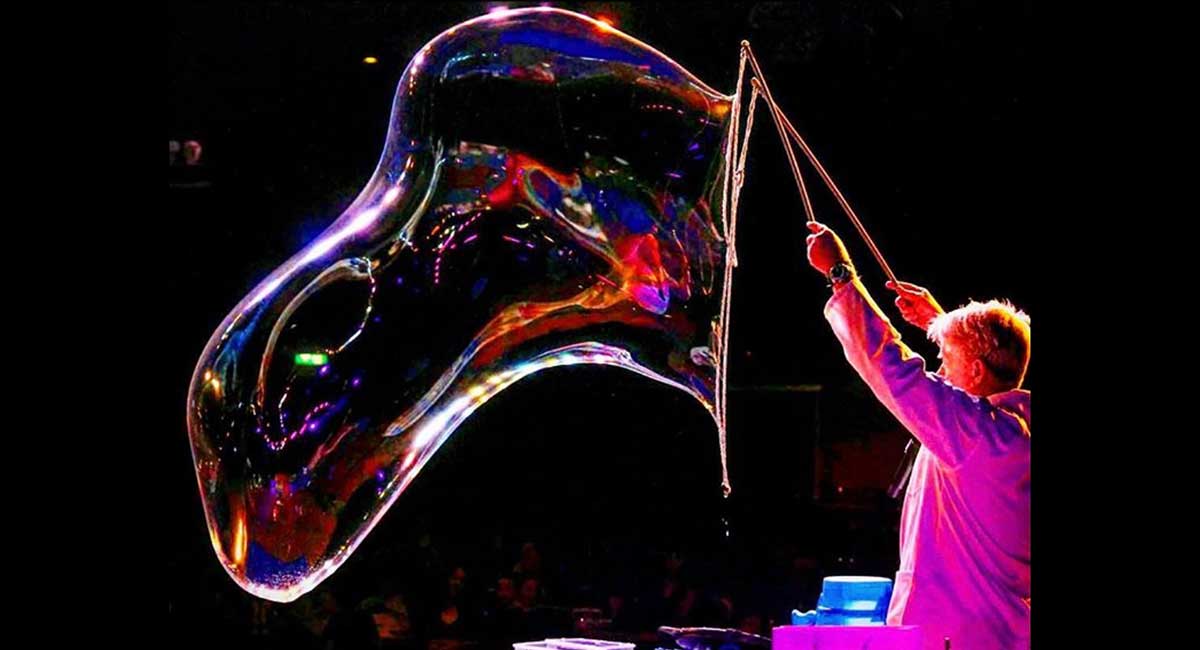 The crazy science show coming to the Sunshine Coast

What do you get when you trade a microscope for mime and magic? Giant columns of elephant toothpaste, high-flying toilet paper, zooming smoke rings and the incredible magic of polymers and gigantic bubbles!

Scholes is an award-winning entertainer, magician, visual artist who is also a scientist and teacher. Crazy Science incorporates science, magic, comedy, mime and music to teach children about science in a fun way.

Add to this an hilarious mix of interactive comedy, a DJ spinning the music and sound effects and you have the formula for an epic and engaging science show.

Venue 114 manager Louise Thompson says The Magical World of Crazy Science is always a sell out event. It’s a popular school holiday show for all ages.

“Richard and his Crazy Science show is guaranteed to be entertaining, educational and fun,” Ms Thompson says.

After completing a science degree at the University of Queensland, Richard Scholes worked as a microbiologist. During this time he started performing and won the Australian Stage Magician of the Year award. He has also twice won the Queensland Entertainer of the Year award.

After 12 years of full-time work, he traded his microscope for a life of mime, masks and commedia in London and throughout Europe. Richard has worked with the Queensland Theatre Company. He has also performed across Australia and internationally, appearing as a guest artist for legendary performers such as Billy Connolly, Shirley MacLaine and BB King.

He has performed The Magical World of Crazy Science more than 3,500 times.

You can see The Magical World of Crazy Science at Venue 114 on the Sunshine Coast on Wednesday, April 6.

Queensland Government Public Health Directions require patrons to check-in and show proof of vaccination (16+ years) when entering Venue 114 . Unvaccinated children under the age of 16 may attend with a fully vaccinated adult.