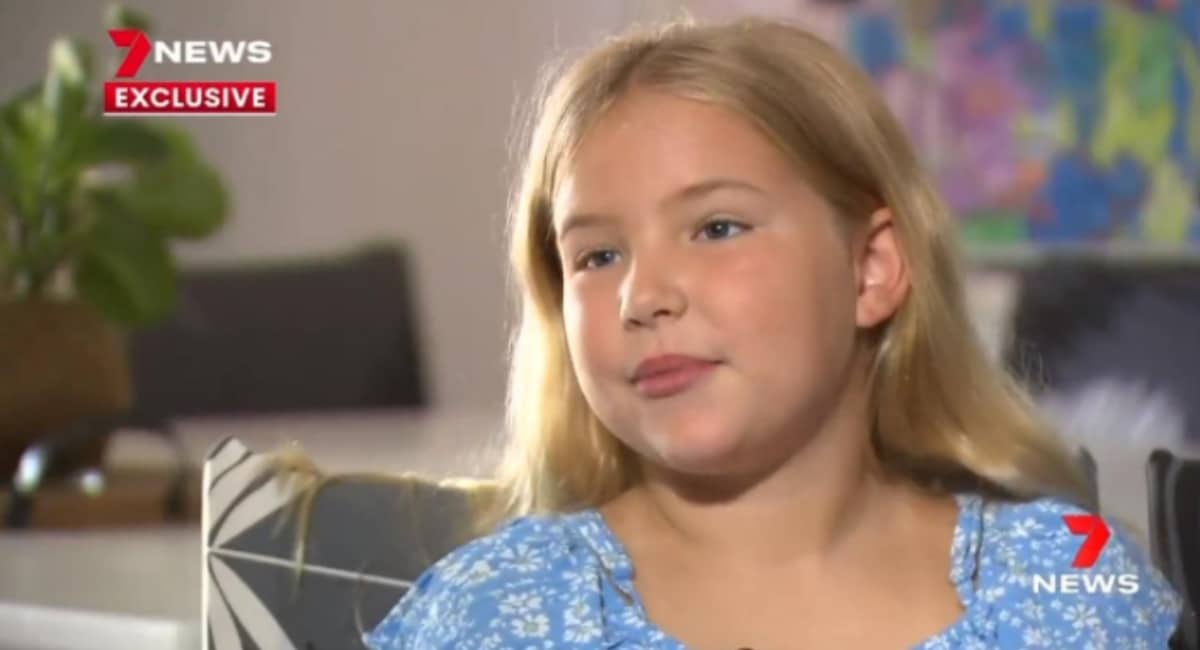 Triple-0 messaging to change after 9yo girl's near-drowning

From Monday, February 14, all Triple-0 callers will no longer hear a pre-recorded message. The decision comes after a nine-year-old Perth girl nearly lost her life because it delayed her receiving emergency help.

When Vicky and Peter Lade found their daughter Mahalia, 9, in the backyard spa, she was unconscious and blue. The Perth schoolgirl accidentally hit her head and was knocked out. Her hair got tangled and she became trapped in the spa.

After pulling their daughter from the spa, Mr Lade administered CPR while his wife frantically called Triple-0. The 24-second pre-recorded COVID-19 message, however, made it difficult for Mrs Lade found it difficult to get the emergency help she needed.

The incident has sparked a national shake-up.

“She’d slipped, fallen, hit her head and basically knocked herself out and while she was unconscious, her hair got caught in the bottom of the spa and sucked her under,” Peter Lade told 7News.

“It says, ‘You have dialled Triple Zero, this is a COVID announcement’ and I thought to myself, I’ve rung the wrong number.”

Except she hadn’t. Triple-0 callers were met with the message before being connected to an operator. It further advised the caller that if they required information about COVID-19 they were to visit healthdirect.gov.au.

“It felt like hours,” Mrs Lade said, admitting she hung up and called Triple-0 a second time.

Triple-0 being called for non-emergencies

As a temporary solution to deal with an emergency situation, the Federal Government implemented the pre-recorded COVID-19 message. The system was implemented because Triple-0 operators were spending a great deal of their time on COVID-19 cases instead of emergencies.

At that time, paramedics estimated they were receiving one phone call every 24 seconds with the majority of concerns not related to an emergency.

Triple-0 has received 4,000 fewer calls a day since the pre-recorded message was introduced on January 14. An evaluation on February 10 led to the decision to scrap the message.

The Lades feel the pre-recorded message wasted precious time and are relieved it will be removed. They also encouraged other parents to learn CPR.

“We lost so much time and if Pete didn’t know CPR, we wouldn’t have had the outcome we have now,” Mrs Lade said.