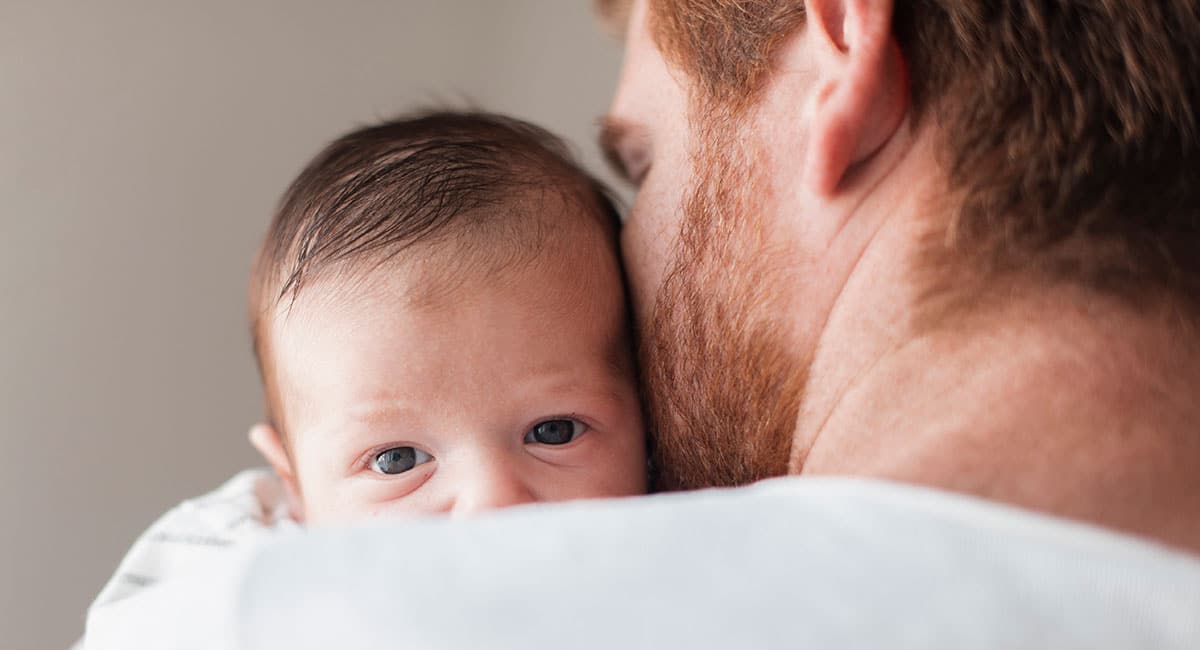 Movember encourages new dads to connect with a Dads Group

A men’s health initiative backed by Movember and aimed at connecting new dads, is encouraging fathers to get online and join a local ‘Dads Group’. Particularly now when men are isolated and struggling more than ever before.

Figures recently released by Movember, exploring the impact of COVID-19 on social connections, reveals that almost a third (29 per cent) of men surveyed had not checked in with friends or family to find out how they were doing during the crisis. Compared with only 16 per cent of women. And a third of men felt their relationships with friends had weakened since COVID restrictions had been imposed.

What is Dads Group?

The aim of the challenge was to support the development of innovative ideas that could increase social connections and feelings of belongingness in men; particularly those at greater risk of social isolation, like new fathers, unemployed and divorced men and men of low-socio economic status.

The challenge came in response to previously funded Movember research through beyondblue, that highlighted the importance of strong social networks to mitigate risk factors of associated with isolation, loneliness, depression, anxiety and suicide.

A 2019 Movember-funded Ipsos MORI survey about new fathers, reinforced the need for dedicated dad’s groups. The survey revealed that one in four (26%) of Aussie men felt socially isolated when they first became a father. While one in five Australian men (22%) said they had lost touch with close mates after becoming a dad.

Supported by a financial contribution from Movember, ‘Dads Group’ aims to help hundreds of new fathers across Australia, both in person and online, connect and support each other.

The only group of its kind in Australia, ‘Dads Group’ was developed by Tom and his wife Kate. They created it when the couple found there was a gap in support options for men approaching fatherhood for the first time.

“I went looking for support programs for expectant and new dads and there was nothing,” he said. “There just didn’t seem to be any groups where new dads could get together and hang out.”

‘Dads Group’ has since spread across the country with positive results and engagement. However, the social impact of COVID-19 this year, has disrupted the opportunity for face-to-face meetings in many parts of the country.

“It is concerning because although we have adapted our meetings to a daily online platform, new dads aren’t showing up in the numbers we’d expect or hope for.”

Tom said new fathers needed the support of other new fathers. To connect around common parenting issues and to discuss their insecurities, fears, stresses and wins, in safe space.

“COVID has made meeting up in person harder. But the daily online group is a fantastic option for dads who are isolated or perhaps can’t commit to a meet up because of their situation.”

Movember’s Global Director, Mental Health and Suicide Prevention, Brendan Maher said, “Many of us have had to re-think how to keep working and stay connected when COVID-19 turned things upside down.

“Dad’s Group was no different and quickly moved from face-to-face catch-ups to online forums. We believe it’s important for these new dads to keep that connection going where possible. While face-to face meetings are preferable to many dads, the online group can still provide important social benefits,” he said.

Tom said he was keen to see the online member numbers increase.

“We need to get the word out that we are here, and we can help. There are new dads out there that don’t know about our group and would really psychologically benefit from being a part of it,” he said.

Why is a Dads Group so important?

The research revealed (33%) of Dad’s who were not involved with Dad’s Group had no idea where they could go for support. While only (3%) of Dad’s involved with Dad’s Group felt this way. Five times as many dads in the general community (27%) felt they and their family were not at all connected within their community. Compared with dads who attended DGI events (5%). Most importantly, Dads who attend Dads Group know where they can go to get help (42%). Whereas only 20% of dads in the general community knew where to go to get assistance.

Mary said there had been rapid societal changes, from dads not being hugely involved in childcare, to now being expected to do quite a bit.

“A lot of new dads don’t have all the skills they need mainly because their fathers were probably not nearly as involved in raising them as these dads are now,” she said. “New dads are hard to reach and engage with but because of the high rates of mental health problems there needs to be groups which are targeted for support”.

“Tom’s ‘Dads Group’ has a different model that can capture some of those dads we’ve been missing in the past.”

How to connect with Dads Group or to find out more:

In addition to tackling key health issues faced by men, Movember is working to encourage men to stay healthy in all areas of their life. With a focus on men staying socially connected and becoming more open to discussing their health and significant moments in their lives.
The charity’s vision is to have an everlasting impact on the face of men’s health. To donate or learn more, please visit Movember.com