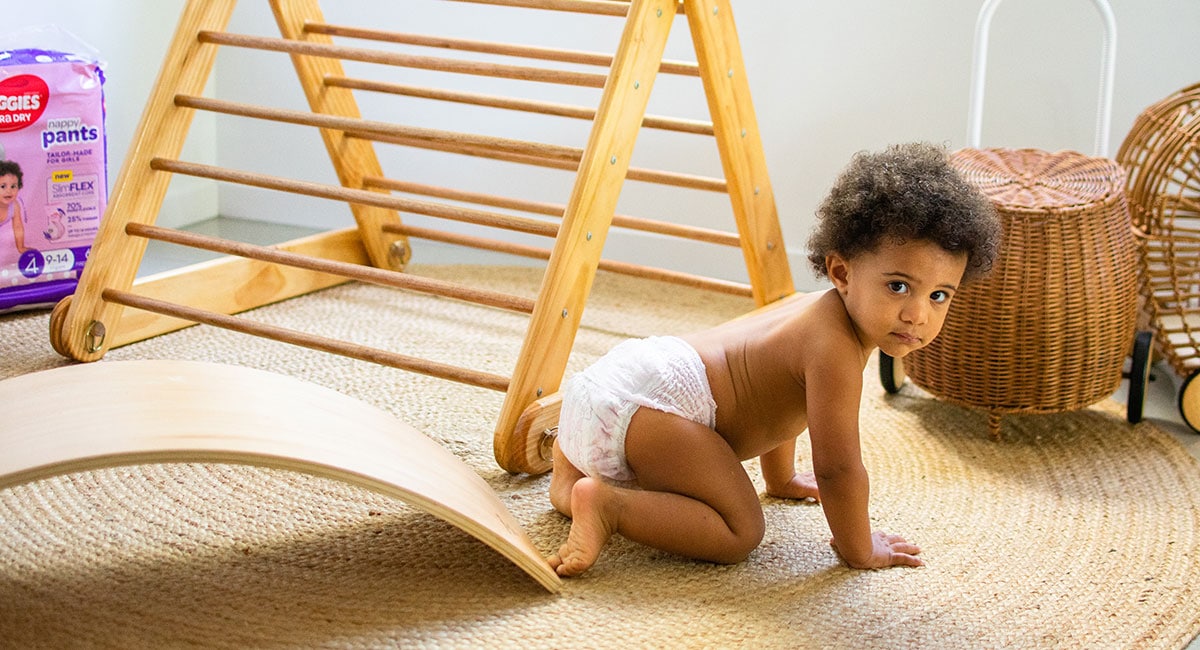 New research has revealed an Aussie toddlers are walking over four times more than adults, taking an average of 17,448 steps a day and covering an average distance of 3.4km.

While the step count alone is already impressive, the research also uncovered that bubs are doing a range of movements, with a daily average of 5,280 crawl steps, 2,640 commando crawls, 2,400 leg kicks, 1,440 bum shuffles and 720 climbs. Amounting to 1,710 different moves per hour, little ones are doing more reps than an average 45-minute circuit class!

The research was conducted by Huggies to uncover just how much Aussie bubs (between 6 and 36 months) are actually moving – from steps to kicks, to crawls to bumshuffles, ahead of the launch of their new SlimFLEX Nappy Pant range.

Gabrielle Davidson, Head of Marketing at Huggies, commented: “At Huggies we’ve been listening to parents repeated requests for a more slimline Nappy Pant, that keeps their bub comfortable and most importantly dry, during their most active stages. We’ve spent five years developing the SlimFLEX technology to specifically meet the needs of Aussie bubs, and we’re so thrilled with the end result – our very own take on active wear for bubs, giving them the support they need as they move from one milestone to another.”

To showcase just how much bubs are moving and to put the new SlimFLEX Absorbent Core to the test, Huggies created a new video starring everyday Aussie families along with celebrity ambassadors Matty ‘J’ Johnson and Laura Byrne with their adorable tot, Marlie–Mae.

Celebrity ambassadors, Matty ‘J’ Johnson and Laura Byrne, said: “We knew Marlie–Mae was always running around, but we didn’t realise how many steps toddlers clock up. It’s more than both of us some days! From experience, we know a wet, saggy nappy never makes for a happy baby, so we’re excited to see her explore the world in a Nappy Pant that keeps up with her.”