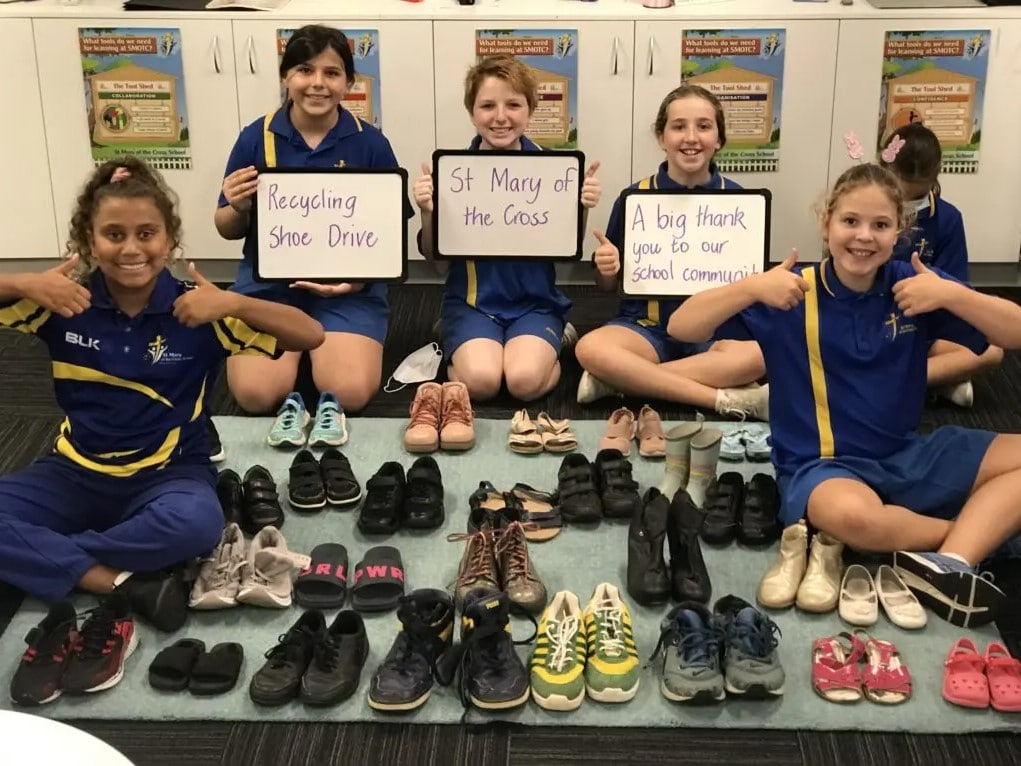 TreadLightly has announced the winners of its 2022 National School Recycling Drive. Celebrating eight schools that have helped recycle nearly 10,000 pairs of shoes, keeping more than 5 tonnes of shoes out of landfill.

St Mary of the Cross Primary School at Windsor in Brisbane was crowned the Queensland winner. The school community came together to recycle 112 pairs of shoes in just one week.

“Our Mini Vinnies group organised the collection as a response to Pope Francis’ appeal to care for our earth,” she says. “This includes all of creation, not just people.”

More than 100 schools participated in the initiative run by TreadLightly during the week between March 21-27.

The scheme is open to all childcare centres, primary and secondary schools across Australia. The winning schools to receive more than $12,000 worth of prizes comprising shoe vouchers, sporting equipment and recycled gym mats.