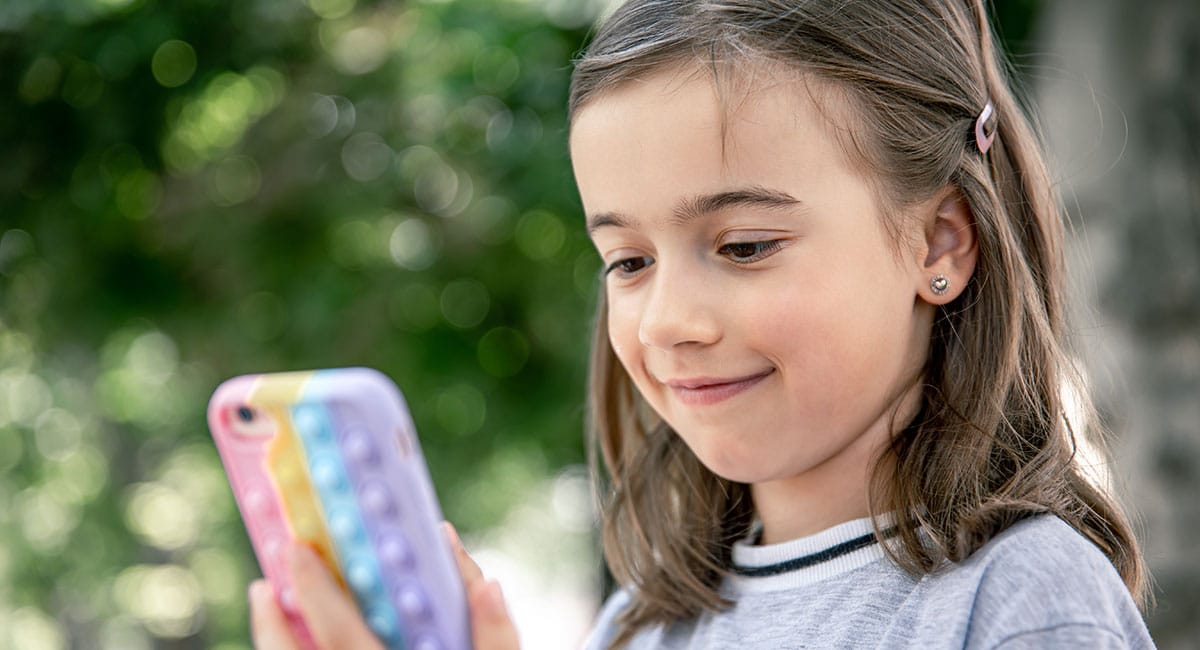 The best phones for kids

It’s no secret that smartphone ownership among Aussie kids is on the rise. Around 17% of kids aged 12 and under now own a phone, which is hardly a surprise when you consider the amount of time we spend on our own devices as adults.

As a parent, choosing the right time to get your child connected can be a challenge. We all want our kids to enjoy their childhood for as long as possible, free from the constraints of screen time and social media. Yet the added security that comes with a phone can be a major consideration for many parents. Knowing your child can be easily contacted in an emergency brings peace of mind, especially if they travel to and from school alone.

With this in mind, there’s no right or wrong time for a child to own a phone. A large number of parents are waiting until early high school before taking the plunge however, citing unexpected phone bills, cyberbullying and screen addiction as their main reasons for holding off.

If you’re considering purchasing a device for your child, it’s important to do your research beforehand. Ensuring your child is on an appropriate phone plan is vital if you want to avoid any nasty surprises at the end of the month. The right plan for your child will depend on the sort of phone user they’ll be. A child who has a phone purely for emergencies will use a lot less data than one who is starting high school and wanting to text friends and use social media or streaming services.

The first decision you’ll need to make is whether to go with a prepaid or postpaid plan. Prepaid means you can pay in advance and your child won’t be able to exceed what’s included as part of the plan. With unlimited SMS and calls now a standard feature across most prepaid services, many parents tend to choose this option, as it’s usually just the data that runs out, rather than their child’s ability to make a call in an emergency.

Other features to look for in a child’s data plan are cyber safety programs as these allow parents to keep an eye on their child’s online activity. GPS tracking is another feature worth considering. While location tracking is built into every iPhone and some Android phones as well, it relies on a data connection at all times, which may be limited on prepaid. Age can also be a determining factor when choosing a suitable plan. Most kids aged six to nine will only require a phone to stay in touch with parents via calls and texts. The phone model as well as the plan itself can be basic. Keep an eye out for plans offering unlimited texts and calls.

When it comes to tweens, communication is still a key factor, though they’re likely to start branching out onto social media and music streaming, which will use up a little more data. Look for plans with unlimited calls and texts, as well as larger data caps and rollover, meaning any unused data can be transferred over during the next recharge.

Whatever you decide to do, it’s important to set boundaries around smartphone usage from the get-go. Limiting screen time, using parental control monitors and banning phones from the bedroom after lights out will give your child the best chance of achieving a good balance between phone use and the things that matter most.

Bessie Hassan is a Money Expert at Finder, Australia’s most visited comparison site.

Can you use technology to strengthen relationships?
Should I give my child a smartphone?
7 iPad settings for kids EVERY parent should know about