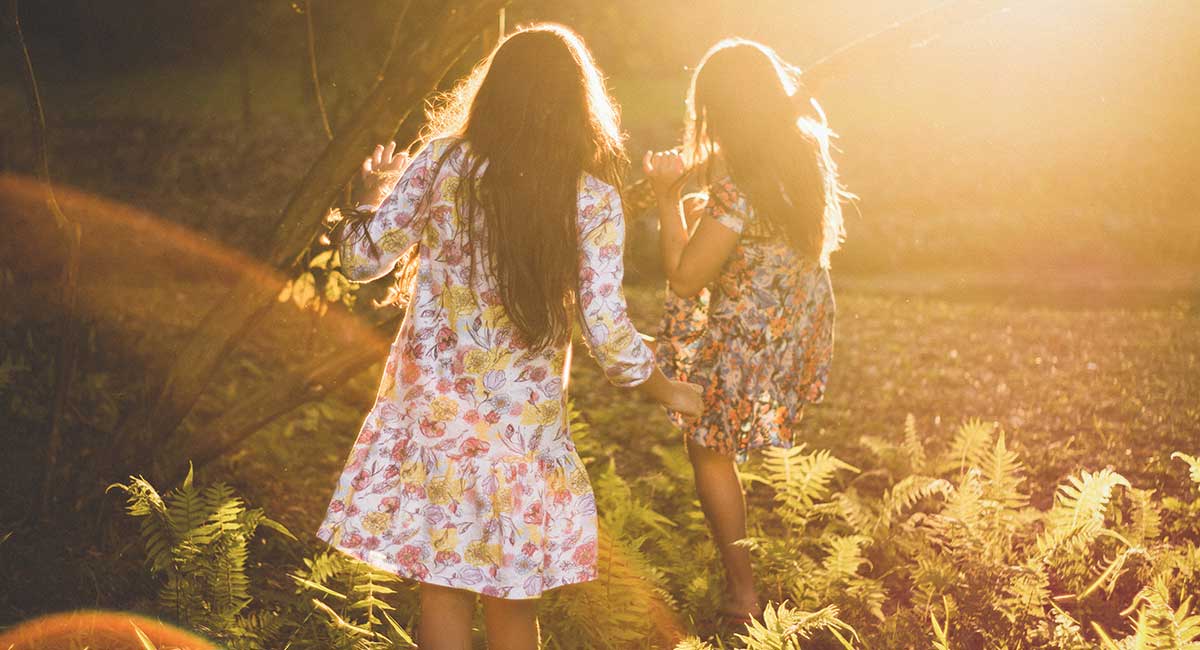 Play time! The role of modern dads in a child's development

Gender roles in a child’s nuclear family have significantly blurred over the last two decades. Today we have blended families, single parent families, same-sex parents, non-binary parents. With this, the ‘traditional’ role of dads has also shifted too.

Though the blurring of lines has started, nature play experts Wearthy believe there is still room for further growth.

“I think we need to move away from the stereotype that being a dad means rough and tumble play,” Wearthy founder, Lukas Ritson, says.

“While this can be developmental and fun for kids, the modern dad can offer so much more in terms of confidence and identity.”

The parenting load is now more equally distributed. The responsibility of raising the children is no longer solely the mother’s domain and modern dads are far more available for their children. Todays’ dads are also more aware of the importance of their relationship with and influence on their child.

“Presence is a powerful tool for dads,” Ritson says.

He refers to a quote from Bluey writer Joe Brumm, who at the Childhood Summit in 2021 said, “Childhood isn’t all about the milestones or the big events. It’s those small interactions with our children every day that matter the most”.

For most children, these small yet critical interactions are usually centred around play and sharing jobs around the house.

“Often men operate in the doing/fixing mindset, while [women] tend to work on experience-based and more social play, rather than being outcome focused,” Ritson says.

He says it’s important for dads to remind themselves to enjoy the process with their child, not the end result.

“I know for me, when I’m playing with my son Julian, we could be at my work bench and I will consciously need to put my own perfectionism aside — nails don’t need to be straight, cuts don’t need to be perfect,” Ritson says.

The more play you have, the more intelligent you’ll be for the rest of your life.
Nathan Wallis, Play it Forward Podcast.

Play is a pillar of learning for children. It’s the time where they can develop creativity, build resilience, learn and extend their boundaries. It’s their opportunity to connect with themselves, the world and the people around them — and that’s where nature comes in.

“Connection with nature creates the arena to think outside ourselves,” Ritson says. “Being supported by the environment increases the level of respect and value to the individual self.”

Every parent has had the experience of giving a child something to play with, only to have them toss it aside and focus their attention on the box. Why?

The same happens with a humble stick and all the joys that nature provides. That box, or that stick, offers endless possibilities.

With opportunities for an array of different games and activities, the outdoors not only connects children with nature, but also creates new opportunities to learn. This, in turn, is integral to developing the personality and confidence of children.

“There’s never been so much pressure on children today, so outdoor play is the very outlet where they can be a child, explore, experience and have ownership. It’s where they are the masters of their own play,” Ritson says.

“In early childhood education, this is the time children are establishing trust for the world. Educators have the opportunity to lead and model the values of connection. Adults can make the mistake of trying to ‘teach’ connection, but children already intrinsically know how to connect.”

Ritson says we can instead support children by creating a space for those values to be encouraged.

“In order to make an impact, we naturally look to the big names who changed the world,” he says. “But it’s the people within the community who started with one child that we can draw inspiration from.”

Lukas Ritson says all children deserve a happy, memorable and adventurous childhood. One that is filled with imagination, excitement and play.

“If we can park the idea of making grand gestures and start with our own fulfilment as carers of children, this will have a monumental impact on the children we look after,” he says.

The lessons children learn will become memories for the rest of their lives.

Find out more about Wearthy and their work in nature play at www.wearthy.co.