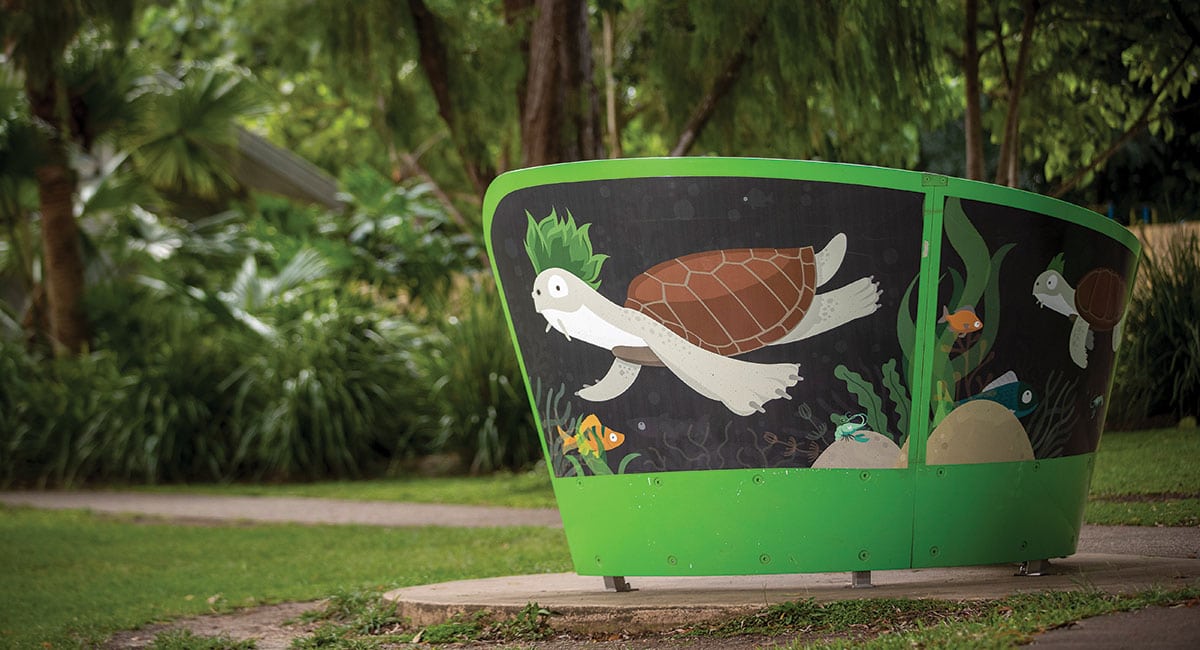 Facelifts encourage a Story Seat adventure across the Sunshine Coast

Sunshine Coast Libraries’ fabulous Story Seats have had a facelift. Families are once again invited to explore the magic of storytelling at parks across the Sunshine Coast region.

Award-winning children’s author and illustrator Philip Bunting features on one of the seats. He shares more about the revitalised Story Seat trail. 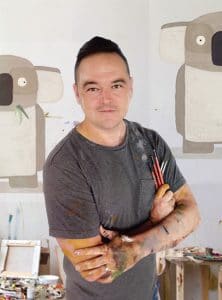 Mr Bunting says he’s a huge fan and advocate of libraries, but he jumped at the chance to help Sunshine Coast Libraries with its Story Seat program.

“When Sunshine Coast Libraries asked me to help create a Story Seat, I jumped at the chance to help them reinvigorate this incredible initiative,” Mr Bunting says.

“In addition, I have three children–aged four, seven and nine–and I know first-hand how they’ve engaged with and enjoyed the Story Seats all around the Coast. Being asked to help create a Story Seat was a real honour.”

Mr Bunting chose Kenilworth Town Park as the location of the Story Seat. He says he had one idea in mind.

“I wanted to feature the lifecycle of the Mary River Turtle,” he says. “These curious creatures—most famous for their green punk-rock mohawks, caused by a build-up of algae, are endangered and endemic to the Mary River.”

He says the turtles have had “a bit of a rough trot over the years”. During the 1970s to ’90s, they were popular pets.

“But thanks to local conservation efforts, their population has become more stable,” Mr Bunting says.

“My illustration describes the lifecycle of the Mary River Turtle, from egg to algae-‘haired’ adult. I hope the whole thing causes a few young minds to ask questions, and become curious about their weedy-wigged neighbours.”

Developing little ones’ love for reading

To read is to learn, says Philip Bunting. “Whether that be fiction, non-fiction, picture books, or anything in between. If you’re reading, you’re learning.”

He says a positive interaction and experience with reading at a young age points children towards a path that can lead to a life-long love of learning. For that reason, he says the Story Seats help with children’s early literacy.

“All of the Story Seats encourage dialogic interaction between children and their adults through literal and inferred questions,” Mr Bunting says.

“Whether they are reading the questions or reading the illustrations, children will find heaps of ways to interpret the Seats. They are deliberately designed to help spark conversations and new ideas.

“I always think of libraries as Serendipity Engines—the same can be said for our Story Seats.”

Story-themed game to play with the kids

Mr Bunting says at his Story Seat, there are many games to play with the kids.

“We’ve played Count the Crustaceans, Name the Turtle, Frighten the Fishy, but our kids have most enjoyed hearing facts about the Mary River Turtle,” he says.

Where you can find the Story Seats

‘Turtles All the Way Down’ by Philip Bunting | Kenilworth Town Park, Kenilworth

‘Beneath the Sea, You and Me’ by Sue deGennaro | Brightwater Community Lake Park

Use the #Storyseat hashtag on your travels!