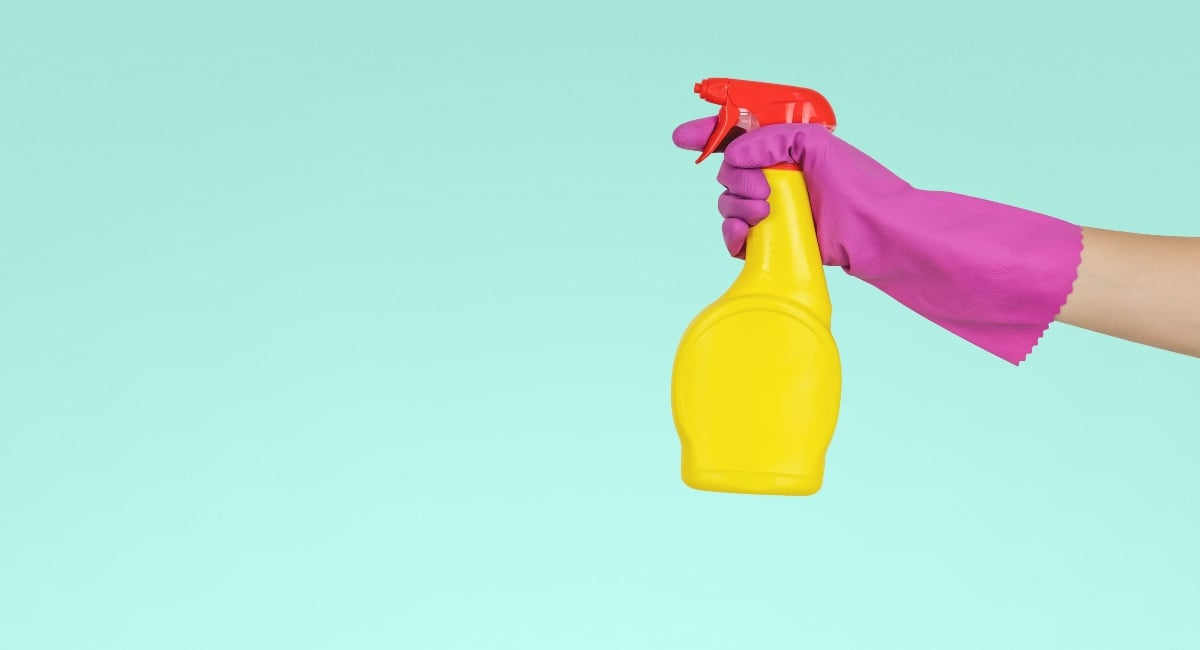 In the wake of the recent ‘rain bomb’ to hit south-east Queensland, thousands of homes have been flooded. If your home has been flooded, chances are it has been contaminated with sewerage and other pollutants (like fuel and oil). These things pose serious health hazards.

It’s important that children and pets are kept away from flooded areas. Those areas need thorough decontamination. If you are doing this yourself, be sure to wear a mask and gloves for protection.

Another danger after a flood is mould. It thrives in moist and damp environments.

If this microscopic fungus gets into your system if can cause issues with your breathing. You might get a cough, start wheezing, have an irritated throat, eyes or skin, or develop a sinus infection. Long-term exposure to mould is quite serious, which is why you’ll want to clean up certain areas as soon as possible after a flood.

Three steps to cleaning up

You should only return to a flooded property when it is safe to do so. To prevent mould from taking hold, follow the following three steps:

This is where you’ll want to stock up on baking soda, vinegar, tea tree oil and lemon to disinfect your home after a flood.

Baking soda isn’t just great for absorbing nasty odours from your fridge, it’s also excellent for removing black mould. It’s safe for family and pets. In addition to killing black mould, it absorbs the moisture that attracts the mould.

Add 1/4 tbsp of baking soda to a spray bottle of water. Shake until it is dissolved. Spray the mouldy area with the baking soda solution, then use a scrubbing brush to remove the mould from the surface. Rinse the surface with water to remove any residue and baking soda. Spray the area again and let the surface dry without wiping. This will help kill left-over mould and help prevent it from returning.

If the mould is really tough, mix two parts baking soda with one part vinegar and one part water. Stir the mixture until it becomes a thick paste. Spread your mixture liberally on the surface and allow it to dry. Scrub away the mould and stains, wipe with water.

White vinegar is said to kill more than 80 per cent of mould species. It’s also safe to humans and animals.

Pour white distilled vinegar into a spray bottle. Don’t water it down. Spray it directly onto the mouldy surface. Leave it for 1 hour, then wipe clean with water. Allow the surface to dry completely. Repeat this process every couple of days to prevent mould from growing. Be sure to allow the vinegar to dry naturally for best results.

Essential oils are natural compounds and can do a lot more than just make a room smell nice. Tea tree oil is an incredible insect repellent and antiseptic, but it’s also one of the safest ways to rid your house of mould. It’s a natural fungicide and can clean mould quickly. Not only that, it naturally prevents mould spores from reproducing.

Combing 1 teaspoon of tea tree oil with 1 cup of water in a spray bottle. Shake vigorously to combine. Spray the mouldy area. Leave the tea tree oil on the surface to kill the mould. If you are sensitive to essential oils, be sure to wear gloves.

Lemons are natural deodorisers. They can be used as an antiseptic, bleach, a stain remover and a household cleaner. They can also remove mould. Lemons have a high acidity, which allows it to break down mould.

Juice 3 to 5 lemons into a cup then pour over the mouldy area. Let it sit for 5 minutes, then wipe the surface with a damp towel. If you’ve got tough mould stains, reapply and scrub the surface.

If you’ve suffered water damage, it’s likely mould will become a problem at some point. After a flood, allow everything to be completely cleaned or dried.

‘Sparkling white’: The budget hacks to transform filthy sneakers
How to save energy around the home