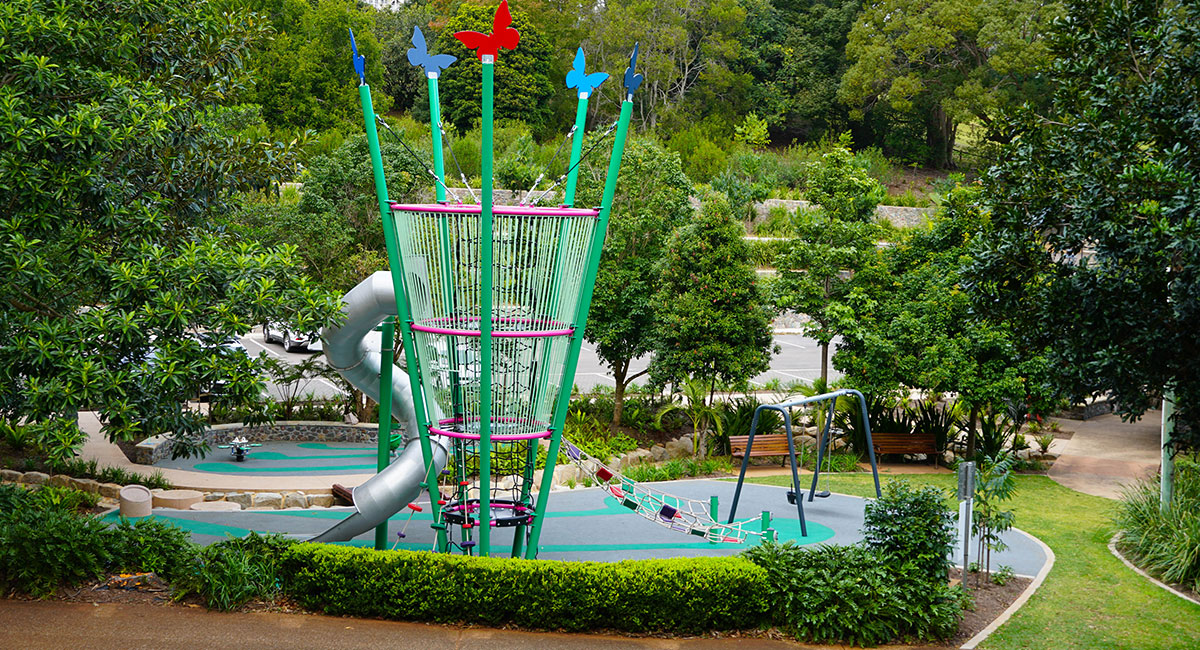 Russell Family Park in Montville has reopened, with new play equipment for ages 2 to 12.

The new cone-structured playground stands just under 10 metres high with butterflies eclipsing the tip of the equipment. The park also includes a spinner bowl, waterlily spring toy and slippery slide twisting to the ground.

The play equipment has a strong emphasis on nature-based play. And the park now features new rock seating walls, colourful artwork and interweaving pathways for children to ride and play.

“It was really important for council to complement the existing character of Russell Family Park and create a place which actively connects us to our environment – giving our children the opportunity to explore the outdoors and build on their social skills,” Cr Johnston said.

“I really like how the park offers nature and landscape play activities, with large grassy hills, mature trees, an environmental walk, and a range of wildlife for children to experience.”

Upgrades have seen major improvements to the amenities block, landscape and softscape plantings along with drainage improvements, lighting and signage.

Some of the original play equipment has been reused to improve other play areas in the region.

Russell Family Park is located off Western Avenue in Montville, however is best accessed via the public carpark at 198 Main Street.

The best playgrounds on the Sunshine Coast