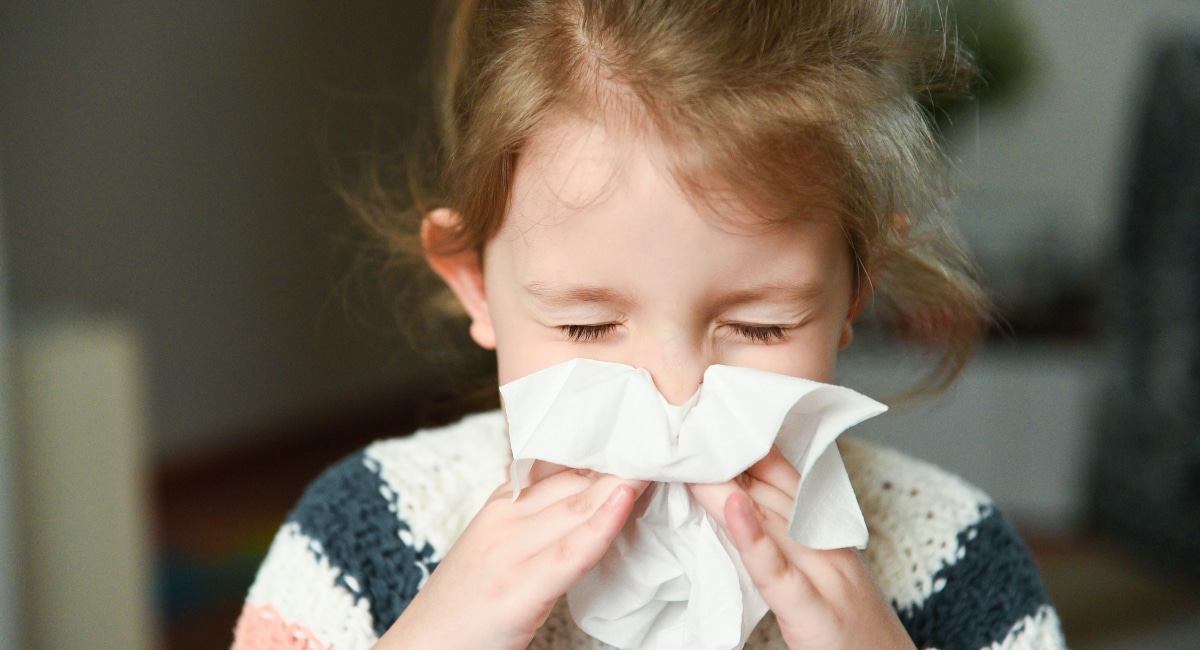 Young Australians are emerging as the most at-risk age groups for influenza as the country sees an early start to the flu season.

According to the Australian Department of Health’s Influenza Surveillance Report this year, people aged 15–24 years and children aged younger than 10 years have had the highest influenza notification rates.

In Queensland, a jump of 130 per cent in flu cases in one week has experts issuing warnings that young children will be most vulnerable this season.

Queensland Health information reveals that since the start of April, 457 people have been admitted to Queensland public hospitals with flu. Thirty of those people required intensive care.

The data also shows that 180 people have been diagnosed with having both coronavirus and flu at the same time. Half of those people were between the ages of 10 and 29. 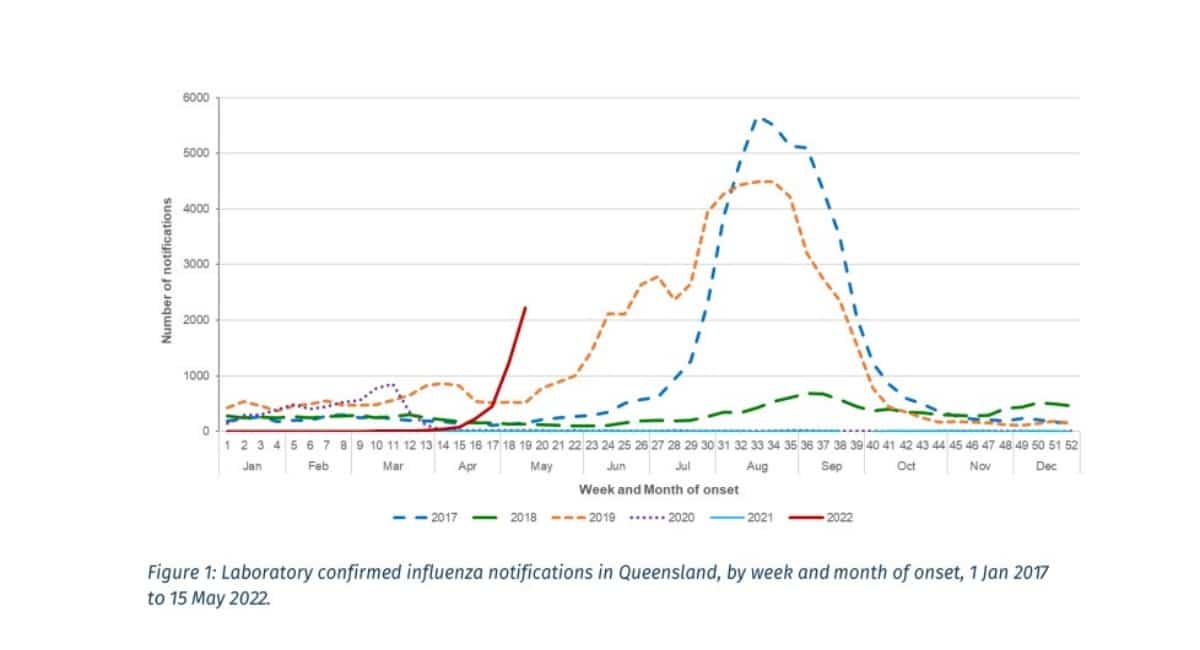 Risk of flu has health system on high alert

The health system is bracing for a surge in flu cases in winter. Doctors have warned that Queenslanders are much more vulnerable to the flu than they have been in the past year.

“Influenza is on the rise in Australia,” infectious diseases expert Professor Robert Booy told 9 News recently. “With the borders opening, with winter coming and with more crowding we expect to see a surge in April-May.”

In 2021, COVID-19 health directions kept flu numbers down. Yet, the reopening of borders and easing of restrictions across Australia have increased people’s vulnerability to new viruses.

“People think ‘I‘ve got a well child, they’ve got no underlying medical problems so my child will be fine’. Unfortunately, it’s unpredictable.

“We know that there are children who’ve been previously fit and healthy who unfortunately catch influenza and have severe disease and complications related to influenza.”

Dr Berkhout says flu can be serious in children. The virus is capable of causing inflammation of the heart muscle (commonly referred to as myocarditis) and swelling of the brain (encephalitis).

She says though it’s rare, some children die from influenza.

“We know that there are children who’ve been previously fit and healthy who unfortunately catch influenza and have severe disease and complications related to influenza,” Dr Berkhout told the ABC.

Across Australia the number of flu cases already reported is up. Already there have been more than 11,000 cases reported compared to 240 cases recorded at this time in 2021. In Queensland, cases jumped from 1,848 to 4,282 in a week.

Queenslanders will have access to free flu jabs across the state as the State Government seeks to curb rising cases.

Premier Annastacia Palaszczuk says after two years of low flu numbers due to COVID-19, influenza A cases are on the rise.

“We have large number of concerns at the moment because our cases are doubling and escalating quite quickly,” the premier says.

The free flu shots are available from Tuesday, May 24 until Thursday, June 30.

Queensland Health Minister Yvette D’Ath says this year’s flu season is likely to be the worst in a decade.

Other precautions you can take to minimise the risk of flu

The most common flu symptoms include fever, dry cough, headache, muscle and joint pain, a sore throat and a runny nose.

In addition to vaccination, there are other ways you can protect yourself, your family and those around you.

Keeping everyone’s hands clean is one of the simplest and most effective ways to stop germs spreading. Wash hands with soap and water, or an alcohol-based hand sanitiser.

Germs more likely enter your body through the eyes, nose and mouth. Reduce the risk of infection by keeping your hands away from you face.

If you do have to touch your eyes, nose or mouth, do it with a clean tissue, or wash your hands first.

Flu is contagious. It spreads easily in crowded spaces, such as schools, during public events, in nursing homes and on public transport.

If you don’t feel well, stay home. Being around others when you are unwell put them at risk. This is especially true for people who have chronic medical conditions like cancer and heart disease.

Quickly isolating yourself can prevent flu from spreading and save lives!