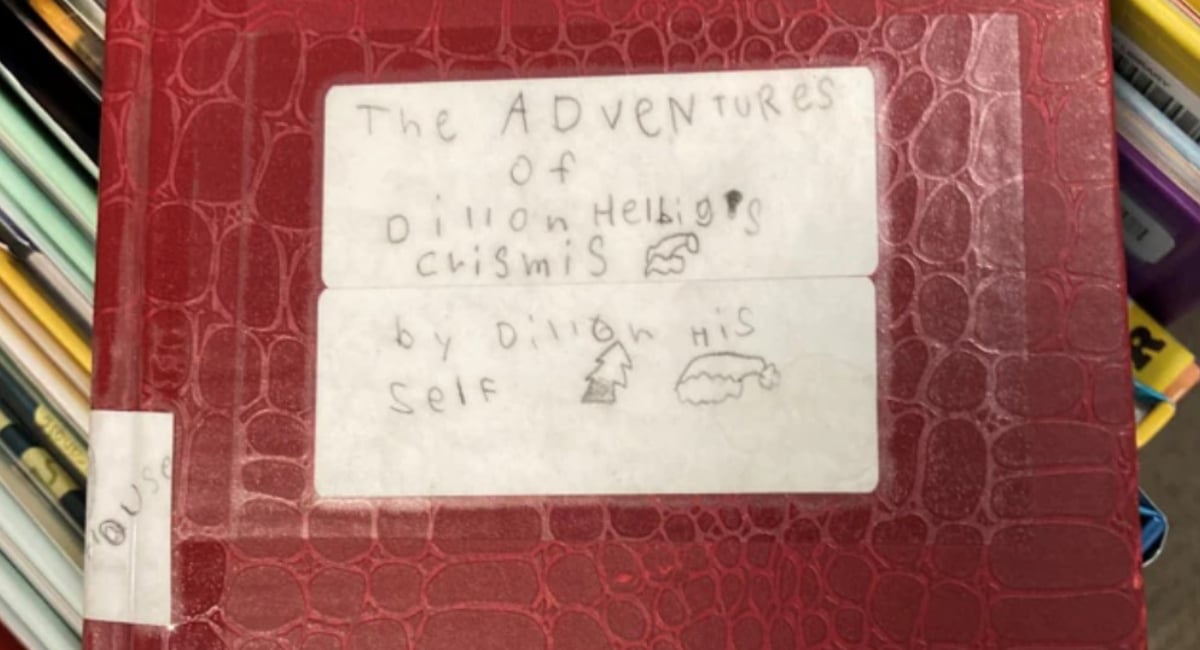 Kids do the darndest things, but the actions of eight-year-old Dillon Helbig from Idaho in the United States would have to be up there. During his Christmas holidays, the young boy wrote a book that everyone wanted to read.

Like most authors, Helbig had spent a lot of time on his masterpiece — four days, in fact. Yet, he filled 81 pages of an empty journal with a beautifully illustrated story about an exploding Christmas tree star and how it allowed him to travel back in time.

When he finished the tale, he decided that he wanted to share it with others. However, Helbig didn’t have a book deal (though he might get one now), so he hatched a clever plan and waited for just the right moment to pull it off.

That moment came when he went to the Lake Hazel branch of the Ada Community Library in Boise at the end of December 2022. The young boy slipped the only copy of his book onto a shelf. His grandmother had no idea what he had done. No one saw him do it.

“I had to sneak past the librarians,” Dillon Helbig told The New York Times.

A copy of Helbig’s book, titled The Adventures of Dillon Helbig’s Crismis, is signed by ‘by Dillon His Self’.

The young boy later confessed to his mother, Susan Helbig, that he’d hidden his book on the library shelves. They went back to collect the book, but there was no sign of it.

Susan Helbig phoned the library to ask if anyone had found the book. She asked that the book not to be thrown away if it was returned. However, the librarians found the book so charming and delightful they played along.

They got permission from Dillon’s parents to enter the book into their catalogue system. Then, they moved it out of the fiction section and into the graphic novels sections — because it has so many page-length illustrations.

By the end of January, The Adventures of Dillon Helbig’s Crismis was one of the library’s most sought after books. Library branch manager Alex Hartman said the book had 56 people on the waitlist. It inspired children to write their own stories, he said.

The library also issued young Helbig with its first Whoodini Award for Best Young Novelist. The library named the category after its owl mascot and created it for Dillon Helbig.

Dillon’s mother said her son had been writing comic-style books since he was five.

In his ‘Crismis’ story, Dillon is the protagonist and author. He goes on a time-travelling adventure after the Christmas star on his tree explodes.

“His imagination is just incredible,” his mother told The New York Times.

Do you have a budding author in your family? What’s your child’s favourite book?