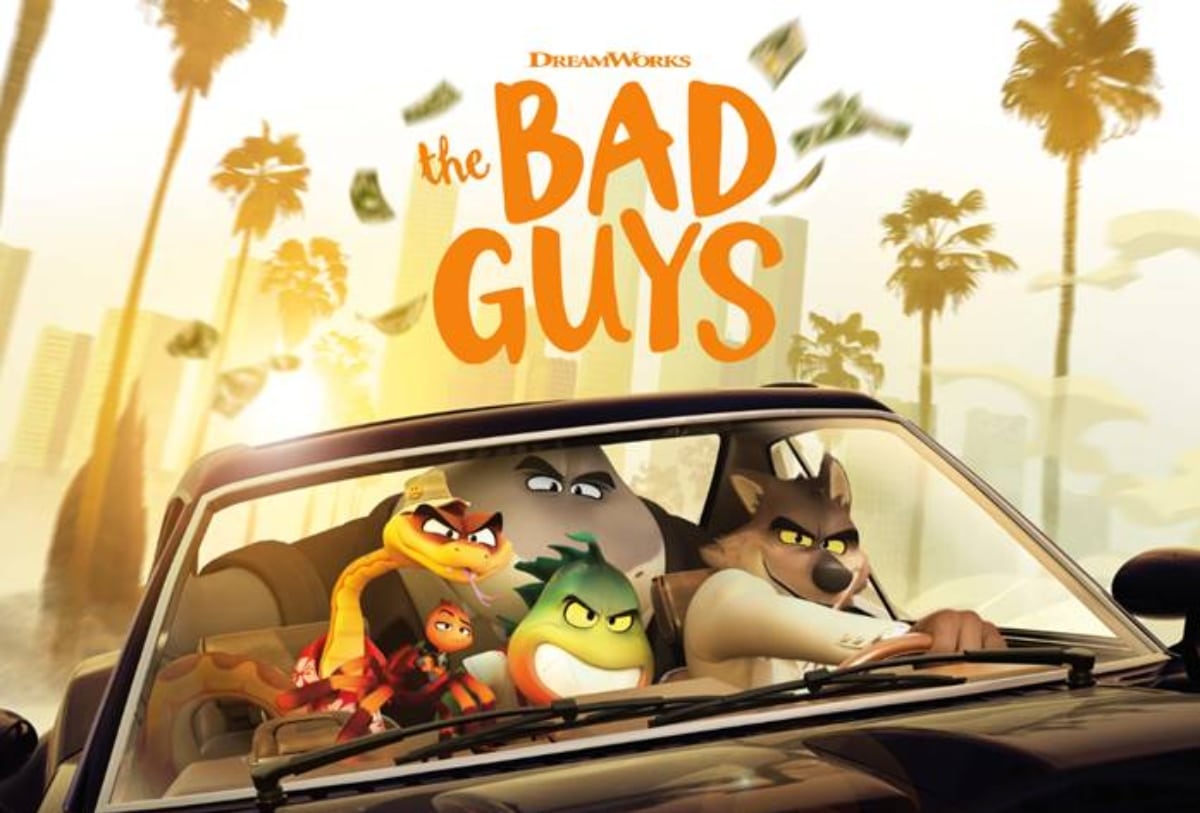 Fans of Aaron Blabey’s graphic novel series The Bad Guys will love this adaptation for the screen. The group of scary animals are wonderfully voiced and animated.

After a lifetime of pulling legendary heists, the five notorious ‘bad guys’ attempt their most challenging job yet… going good. Nobody has ever failed so hard at trying to be good as The Bad Guys, DreamWorks Animation’s all-new animated feature film.

If you’re familiar with classic heist movies like Ocean’s Eleven or Reservoir Dogs you’ll understand the pace of the movie. The Bad Guys is entirely child friendly, though. The bigger kids (and adults) will appreciate the fast-paced action, the car chases and the high-tech gadgets. There’s even a ‘big twist’ that not even this reviewer saw coming!

One thing we liked about The Bad Guys was that the plot wasn’t ‘dumbed down’. It has a lot of detail. Younger children may struggle to keep up with all that’s going on, however Miss Five managed perfectly! The general guide we’d offer would be that if your child is familiar with — and enjoys — Blabey’s book series, they’ll enjoy this film. But, you nor your child needs to be familiar with the books to enjoy this film.

The Bad Guys is based on the bad guys of myth, fairy tale and religion. The wolf, the snake, the shark, the piranha and the tarantula — creatures notoriously regarded as villains just because they look mean and scary. However, the film (just as the books) reimagine these characters are not evil, but misunderstood. Like Zootopia’s fox, Nick Wilde, these bad guys are destined to be tarred by society and not expected to amount to anything more than the labels that have been placed upon them.

The Bad Guys is action-packed!

Mr Wolf and his crew have embraced their place in the world. In fact, they’ve become so successful as criminals they live to taunt the police by always remaining one step ahead of the game. That is until one of their heists goes horribly wrong and The Bad Guys get caught. It’s here they are presented with an incredible offer by the city’s mayor Diane Foxington (Zazie Beetz). Can they learn to be good? 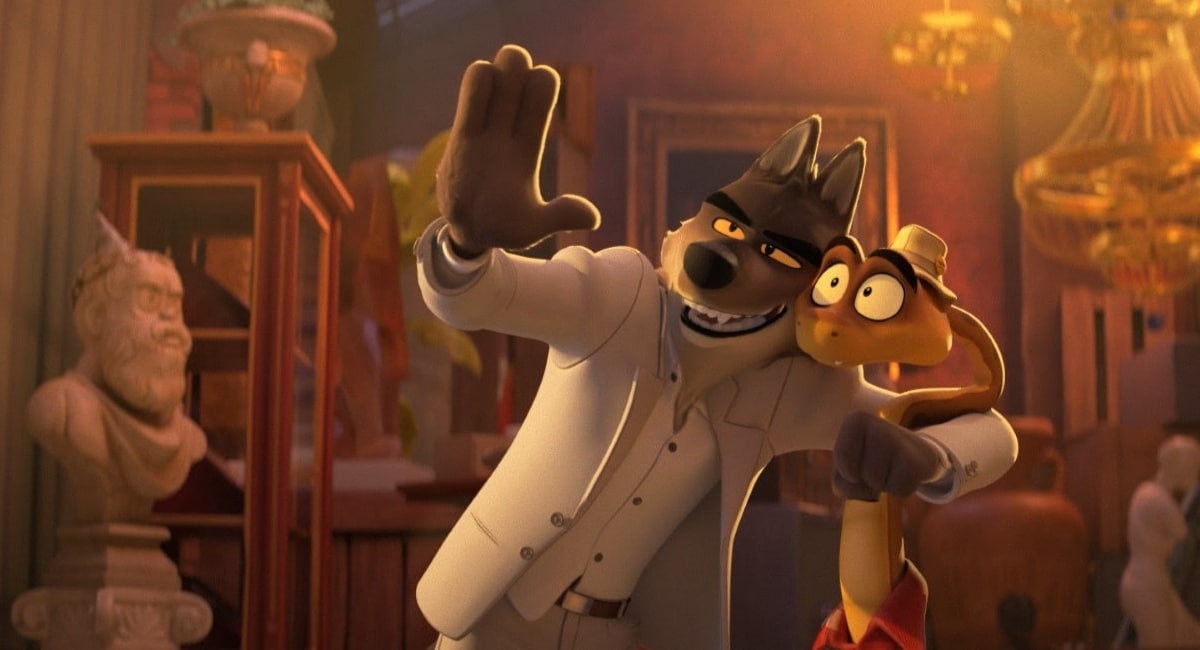 There’s a lot to like about this film. The animation is beautiful. It’s a combination of traditional CGI and double-framing. You’ll love how the action sequences are frenetic.

Highlights for us include the long-running joke involving Mr Shark as a master of disguise, fooling anyone with a simple moustache and hat combo or a sparkly dress. It’s hilarious every time. The Blues Brothers-style car chases. Also, the witty banter between Mr Wolf and Mr Snake in many of the scenes. The tight relationship between each member of the crew, replicating the ups and downs of real friendships.

The Bad Guys is all action and adventure. The characters are cool. The music is perfect. Everyone is sure to have a good time.

The Bad Guys opened in cinemas nationwide on March 31.