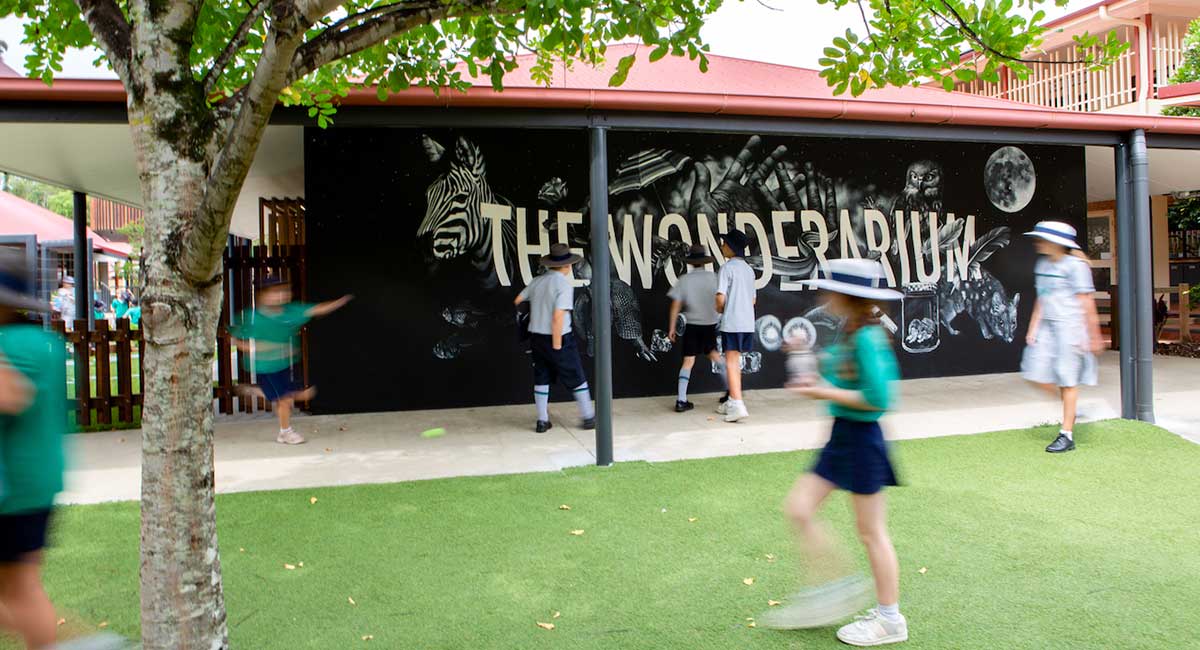 One of Queensland’s top mural artists has put her masterful touch on the newly opened Wonderarium learning centre at Matthew Flinders Anglican College in Buderim on the Sunshine Coast.

Claire Matthews, who is known as ‘Fuzeillear’ and lives locally on the Sunshine Coast, created a beautiful art mural on the exterior walls of the Wonderarium in the Flinders Primary School.

Principal Stuart Meade said it was exciting to officially open the Wonderarium as part of the five-year Flinders Masterplan to construct a suite of agile contemporary learning spaces for the College’s 1,380 students from Prep to Year 12.

Other newly opened Masterplan facilities include the Flagship Centre for Years 5 and 6 students, and the Year 7 Precinct for students in their first year of Secondary School. A state-of-the-art Design Centre is next.

Fuzeillear’s work features prominently across Queensland’s south east, and includes her eye-catching ocean-inspired mural masterpiece on the corner of Fish Lane and Hope Street in Brisbane’s CBD. There is also her laneway mural at 42 Cribb Street in Landsborough, which is inspired by the area’s timber milling and railway heritage. 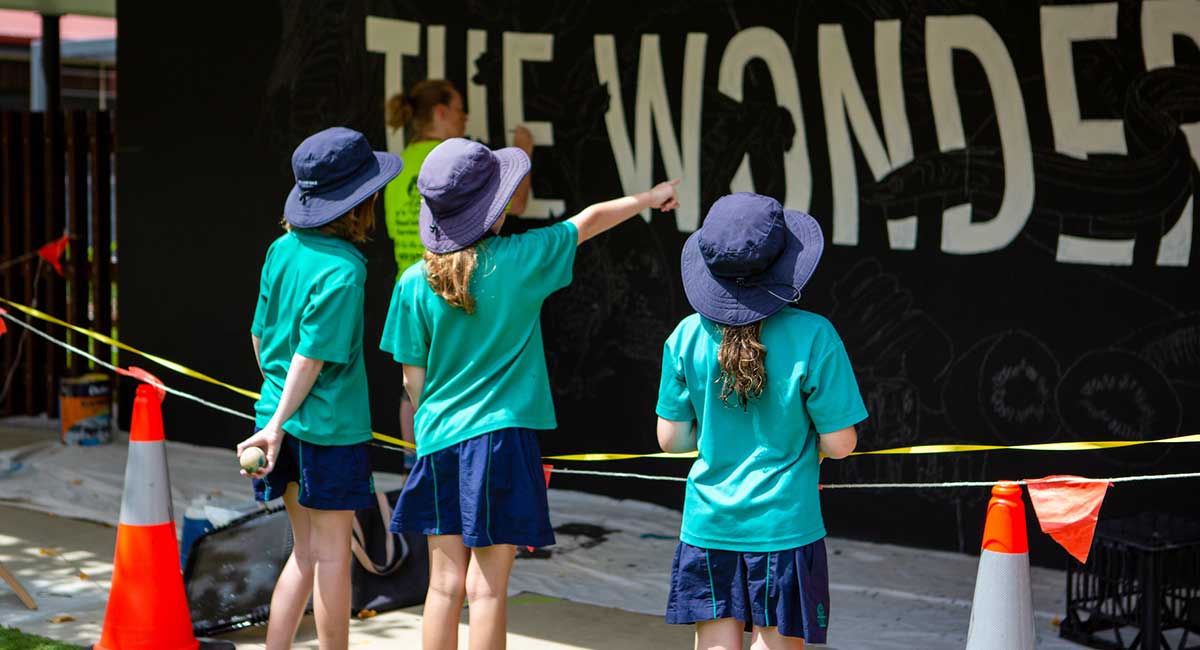 Flinders Head of Primary, Mrs Trudi Edwards said the College was thrilled to have a local artist of such high regard contribute to the final touches on the Wonderarium.

The Wonderarium is wholly funded by the College’s philanthropic organisation, the Flinders Foundation.

“Our brand new Wonderarium is all about inspiring wonder, awe and curiosity in our students from Prep to Year 6, and I am sure this is a philosophy that Fuzeillear lives and creates by too!” Trudi said.

“For such a special facility as this Wonderarium, we wanted an artwork that challenges and inspires our students to think with their hearts and with their heads, to be creative and inquisitive,” she said.

“It is so exciting to imagine the ideas our students will explore in this new space and the role it will play in helping them to develop an insatiable curiosity.

“Our students are fortunate to be able to learn and play amidst vibrant art, like this mural, as a natural part of their daily school environment.

“The environment in which children learn is often referred to as the third teacher (behind families and educators), and art is such a powerful medium in both expressing how we interpret and understand the world.”

This is the third major mural art piece for the Flinders Primary campus, following on from works by Australian artist, Joel Moore, a.k.a. Mulga the Artist, and Queensland public artist David Houghton, who also facilitated creative workshops with students as an artist-in-residence. 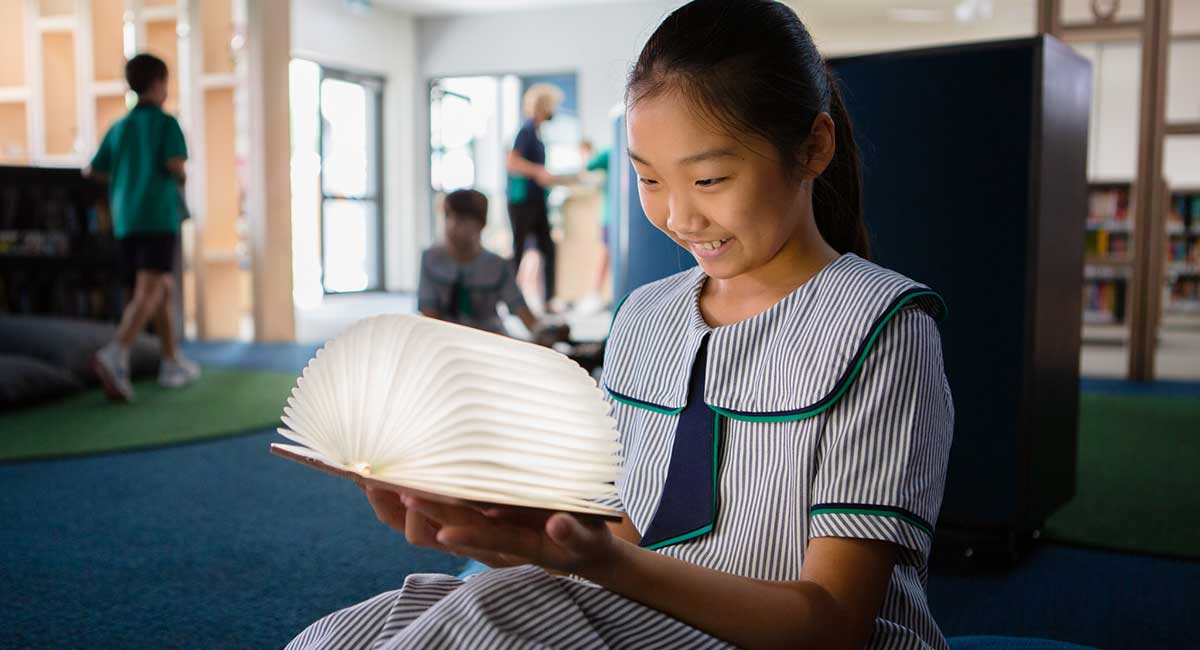 The Wonderarium will feature an ever evolving and changing exhibition of literature, artefacts, works of art and provocations that draw the students into new ways of seeing, perceiving, understanding and engaging with their world.

“We are excited for our students to explore the meaning within their new art mural, which is open-ended of course, yet also has some elements which may be identified and discussed,” Emma said.

“For example, the artist has included objects that begin with a letter of the alphabet, with many of these mixed and twisted throughout the Wonderarium typography so that students need to study and ask questions about what the objects are,” she said.

“In the future, the students will use the artwork to make Augmented Reality and Virtual Reality images which will feature some of the objects moving and evolving into interesting scenes.” 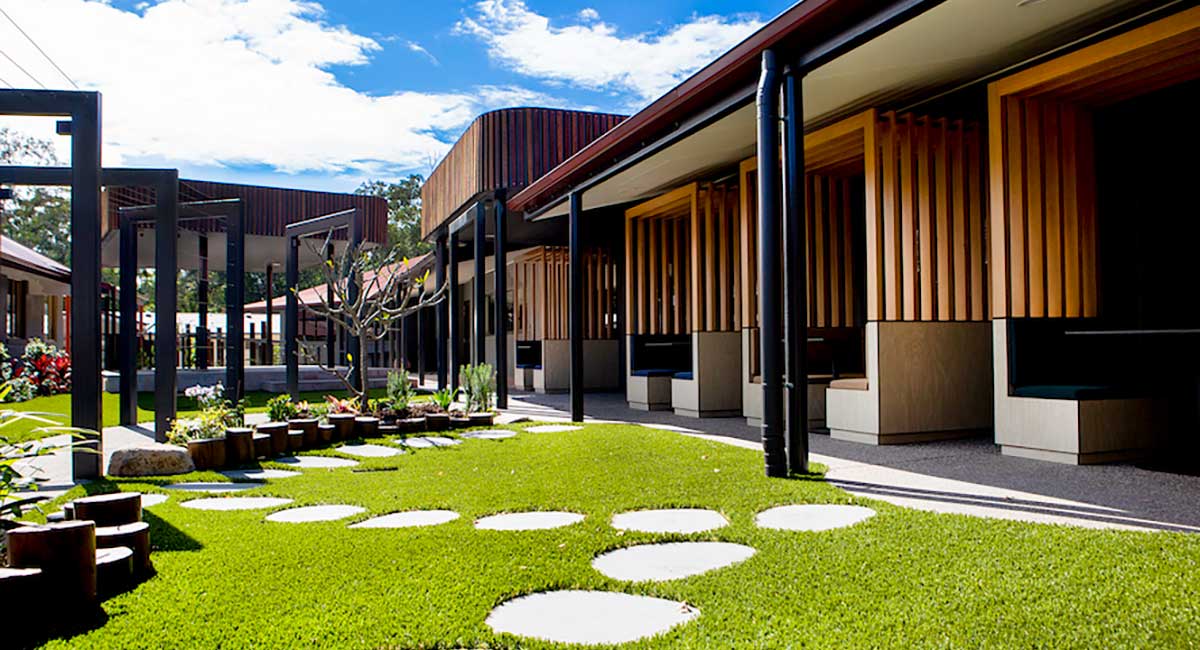